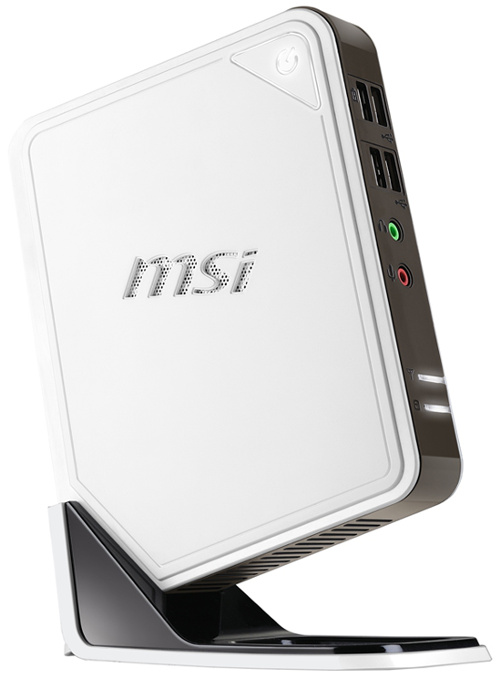 MSI has introduced its new-generation Wind Box DC110. Packed with an Intel Mobile 847 1.1GHz ULV dual-core processor, the DC110 measures 35mm thin and requires less than 40W of average power consumption during regular operation, which is less than half of what most conventional PCs use. Preloaded with the Windows 8 OS, the mini PC comes equipped with an HDMI and a VGA out interface to allow for connection to another monitor. Its SPDIF out can also support 5.1 channel audio.

Weighing only 830g, it includes the MSI's exclusive SmartMedia link, so users can use their tablets, laptops, TVs that support DLNA, and smartphones on the same Wi-Fi and LAN network to play videos and music or display photos instantaneously.

Our articles may contain affiliate links. If you buy through these links, we may earn a small commission.
Previous Story
MSI Presents Its 21.5-inch Wind Top AE2212/AE2212G AIO PCs
Next Story
StarHub Makes Reading Social with Booktique