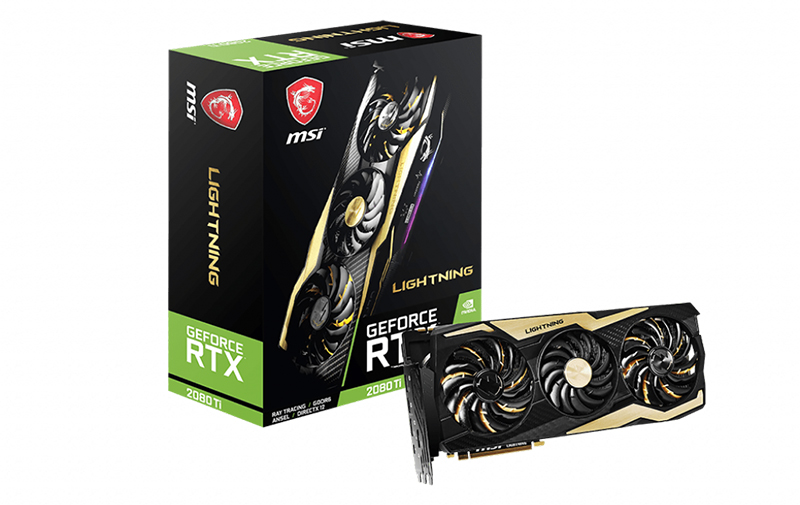 The NVIDIA GeForce RTX 2080 Ti may be the epitome of enthusiast performance, but custom card manufacturers are always looking for some way to take things up a few notches. MSI is now going all out with the GeForce RTX 2080 Ti Lightning Z, a card that just oozes luxury and boasts an extensive cooling system and aggressive factory overclocks.

For starters, the card has a boost clock of 1,770MHz, a nice increase over the 1,545MHz on the Founders Edition model.

The black-and-gold cooling shroud adds to the premium feel of the entire card, and it comprises three Torx 3.0 double ball bearing fans for greater longevity. The fans comprise two 100mm and one 90mm spinners and are designed to channel air more effectively through the finned heatsink. The heatsink itself also has what MSI calls "rugged-edge" fins that supposedly guide air through the heatsink more smoothly, thus resulting in less noise. 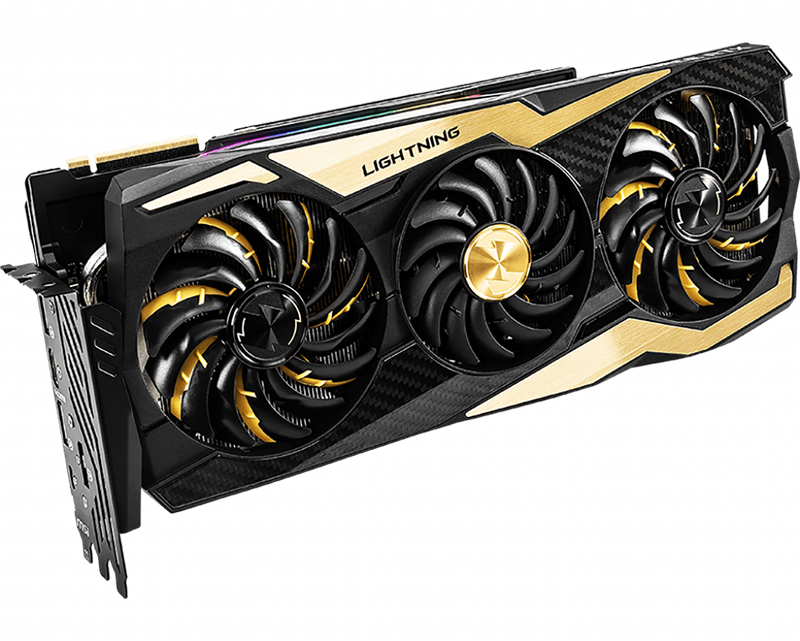 The heatsink is paired with an array of two 8mm and six 6mm copper heat pipes that help dissipate heat throughout the entire fin array. In fact, MSI claims its design is capable of up to 700W of heat dissipation. However, MSI has eschewed a direct-touch approach in favor of a solid nickel-plated copper base plate that makes contact with the GPU and conducts heat to the heat pipes. In addition, the company says it's also opted for a higher quality thermal paste that lasts longer.

MSI has paid considerable attention to the card's appearance as well. The fans sport an impressive selection of visual customizations, where you can control the colors and choose how many fan blades will be perceived. In addition, there's a Dynamic Dashboard OLED display that can display real-time information or custom animations.

To cap things off, the card is topped by a backplate that is 90 per cent carbon, which supposedly helps make the card thinner and stronger.

Join HWZ's Telegram channel here and catch all the latest tech news!
Our articles may contain affiliate links. If you buy through these links, we may earn a small commission.
Previous Story
Uber has plans to integrate autonomous technology into its shared mobility devices
Next Story
More Android flagship phones with at least 10GB RAM expected to launch this year