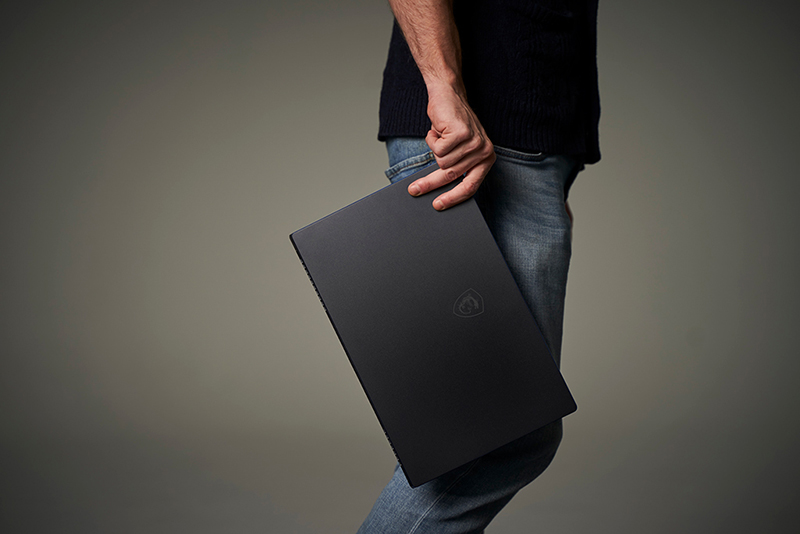 If you're a creative professional, MSI wants in on your wallet. The PC market is paying more and more attention to content creators, as evinced by NVIDIA's RTX Studio branding, Gigabyte's Aero 15 laptops, and even Acer's ConceptD series. Some brands like Razer and Alienware are opting to simply slap an OLED display onto existing gaming laptops to better appeal to creatives, but MSI has created a bunch of new laptops that drop the traditionally gaudy gamer aesthetic in favour of something more tasteful.

The Modern 14, Prestige 14, and Prestige 15 follow on from laptops like the Prestige PS42, P65 Creator, and P63 Modern, expanding MSI's range of devices in its creator line-up. The Creator laptops still sit at the top of the product stack, and they can be equipped with up to an NVIDIA GeForce RTX 2070. On the other hand, the Prestige and Modern machines occupy the mid-range and entry-level segments respectively.

The new systems are equipped with accurate True Pixel displays that supposedly cover 100 percent of the Adobe RGB wide color gamut and undergo factory colour calibration certified by Calman. In addition, they have a Delta-E colour accuracy rating of less than two, which ranks as pretty good. The True Pixel displays are also offered with a 4K resolution and HDR support, but MSI hasn't specified which standard it is adhering to yet.

The Prestige 14 and 15 come equipped with aluminum bodys, extra-wide touchpads, and support for Intel's 10th Gen Comet lake processors and up to an NVIDIA GeForce GTX 1650 Max-Q. They also can be charged over USB-C, something which the Modern 14 lacks. In fact, both of them have two Thunderbolt 3 ports so you can output to multiple displays.

There's support for the latest Wi-Fi 6 standard, although it'll probably be a while before you can take full advantage of that.

MSI has tried to make it convenient for people to gather around the laptop as well. The display can open to a full 180° and there's even a dedicated screen rotation key on the laptop. When the lid is raised, the keyboard is tilted up as well for a more comfortable typing experience.

The Modern 14 is the more affordable model, and it looks quite similar to the Prestige PS42, down to the grille above the keyboard for air intake. It can be equipped with an NVIDIA GeForce MX250 for some extra graphics processing heft and it will also come with a 10th Gen Intel Core i5 processor. 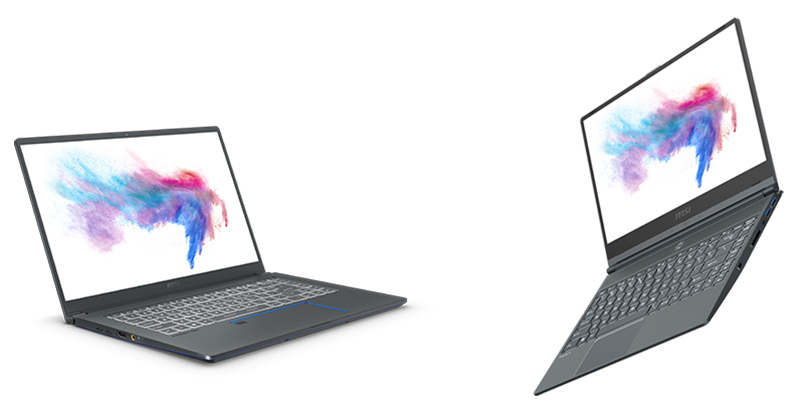 I'll update once there's news on local availability and price.