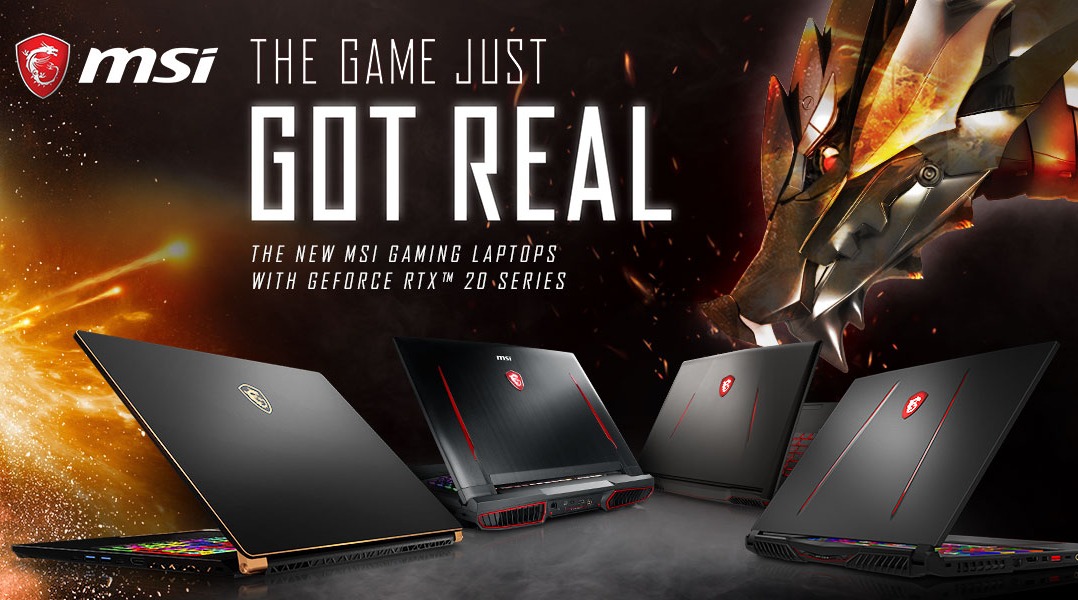 NVIDIA wasn’t joking when they said there will be 40+ GeForce RTX graphics equipped laptops that will be available from 29th January 2019. That’s because MSI alone has 8 gaming laptops that will feature NVIDIA’s new GeForce RTX GPUs for mobile. MSI will be offering them as a new SKU to existing notebook series that is already in the market as the new GPUs have a similar thermal profile, but just to be doubly sure, they’ve enhanced their Cooler Boost design (MSI’s branding for its laptop cooling solution) to help keep temperatures in check. 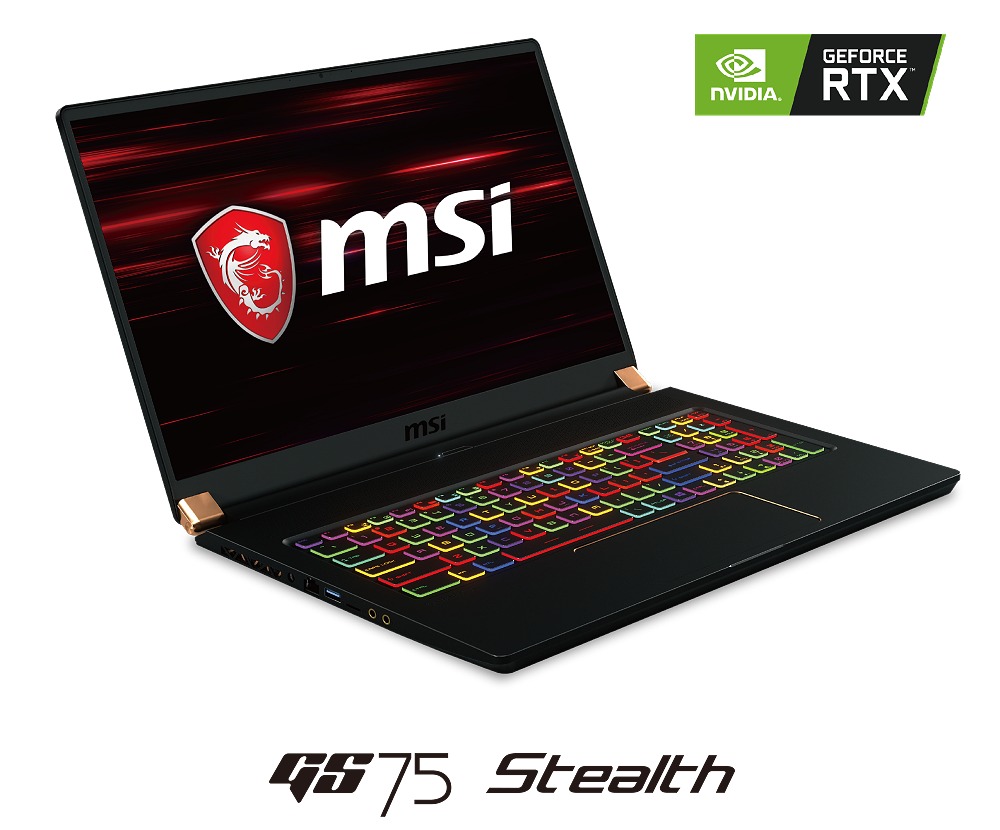 Probably the most interesting of MSI’s updated gaming notebook lineup is the all-new GS75 Stealth. This year, the GS-series goes big and light with the GS75 Stealth. Sporting a 17.3-inch screen, FHD, 144Hz refresh and accompanied by GPU options running up to a GeForce RTX 2080 8GB GDDR6 Max-Q variant. Despite packing such a powerful GPU, the GS75 Stealth will only be 2.25kg light and is physically much smaller in footprint than traditional 17.3-inch gaming notebooks as it measures just 396 x 259 x 19mm. The GS75 also improves on the GS65 with an extra-large glass touchpad, improving responsiveness and accuracy.

Of course, if you prefer to keep it more manageable in size and wish to get a 15.6-inch option, you’ll be glad to know that the GS65 Stealth will now also sport a GeForce RTX 2080 Max-Q GPU option at the same size and weight as its predecessor we last tested. Yes, that means an 18mm thin notebook at less than 1.9kg.

Powerful gaming notebooks options with the updated GT63 and GT75, as well as GE63 and GE75 models

For those who don’t quite need 4K resolution screens but still appreciate the extensive storage options, good audio, and keyboard, the GE-series comes sits just one rung lower than the GT-series.

GeForce RTX graphics for affordable mobile gaming with the GL73 and GL63 models.

Both the 17.3-inch GL73 and 15.6-inch GL63 will now be offered with a GeForce RTX 2060 GPU, thus bringing real-time ray-traced graphics at more palatable price points. Screen-wise, both GL-series models sport 120hz FHD panels with 3ms response time or can be configured with a 94% NTSC wide-view panel, depending on the user’s needs. To keep costs low, their keyboards don’t boast per-key RGB lighting control but instead sport a red backlight.

Join HWZ's Telegram channel here and catch all the latest tech news!
Our articles may contain affiliate links. If you buy through these links, we may earn a small commission.
Previous Story
Portable, powerful and quiet, MSI’s PS63 Modern is made for business elites and content creators
Next Story
The LG Signature R 4K OLED TV will roll into a 100W Dolby Atmos speaker base when you're not using it