The new AIOs are preloaded with Windows 8.1 operating systems. Although their appearances are similar to the existing MSI AIO AE series, their innards have been upgraded to feature the latest Intel Haswell CPUs. For example, the top-end AE222(G) AIO PC is powered by an Intel Core i5-4440S processor. In addition, the system features the NVIDIA GeForce GT740M (2GB DDR3) graphics chip to drive its full HD 21.5-inch display. 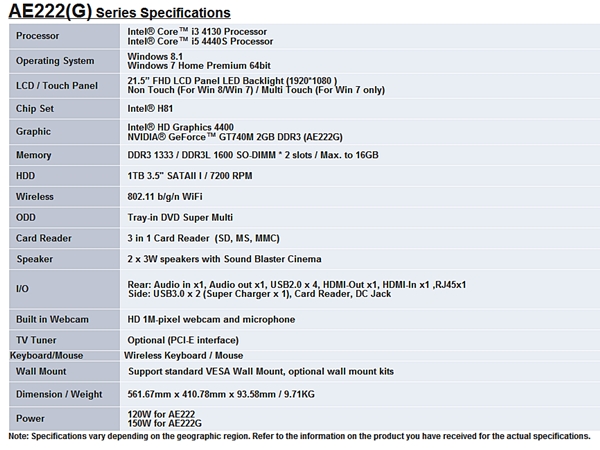 The AE201 series boasts of a compact 19.5-inch display and users can select either the Intel Pentium G3220 or Intel Core i3-4130 CPU to power the system. According to MSI, the AE series boast of the company’s proprietary Flicker-Free and Less Blue Light technologies. They are purported to reduce eyestrain even when the systems are used for prolonged periods. In addition, the displays have anti-glare properties to reduce reflection, making them suited even for well-lit environments. 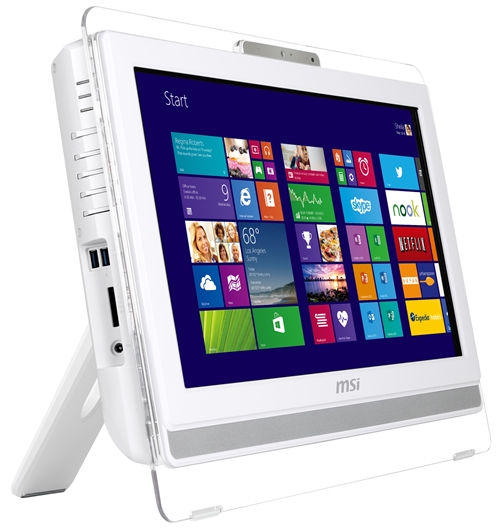 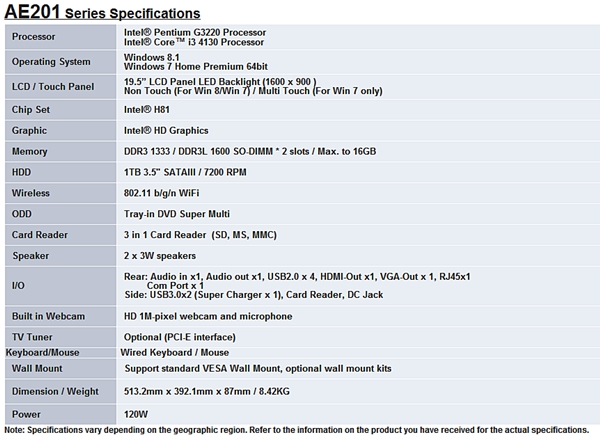