Following the release of new Z690 chipset motherboards last year, MSI and Gigabyte are launching new boards for B660, H610 and H670 chipsets, meant for a more mainstream audience. The MSI boards will add to the company's MAG and PRO lineup, while Gigabyte's new boards can count themselves among the ranks of the company's AORUS and GAMING motherboard lineups.

Beginning with MSI, the company's is releasing three new B660 boards, the MAG Tomahawk Wifi, MAG Mortar Wifi and the PRO B660M-A Wifi. All will feature support for DDR4 and DDR5 memory, with the latter having overclockable speeds of up to 6200MHz through MSI's OC LAB and MSI Memory Boost, and will feature three M.2 Gen4 slots. The three boards will also feature Wi-FI 6 support, with the MAG boards getting Wi-Fi 6E, and feature USB-C ports on the rear and front of the board.

The H670 boards, meanwhile, will only come in a single model, the MAG H670 Tomahawk Wifi DDR4, and like the B660 boards, will feature three M.2 Gen4 slots and Wi-Fi 6 compatibility.

As for its H610 boards, MSI is aiming them at users looking for a business and workhorse-oriented machine. The PRO H610 boards lack support for overclocking, but have features for easy installation, including EZ M.2 clips instead of tiny M.2 screws and MSI Steel Armor, which are metal reinforcements for memory and storage slots. 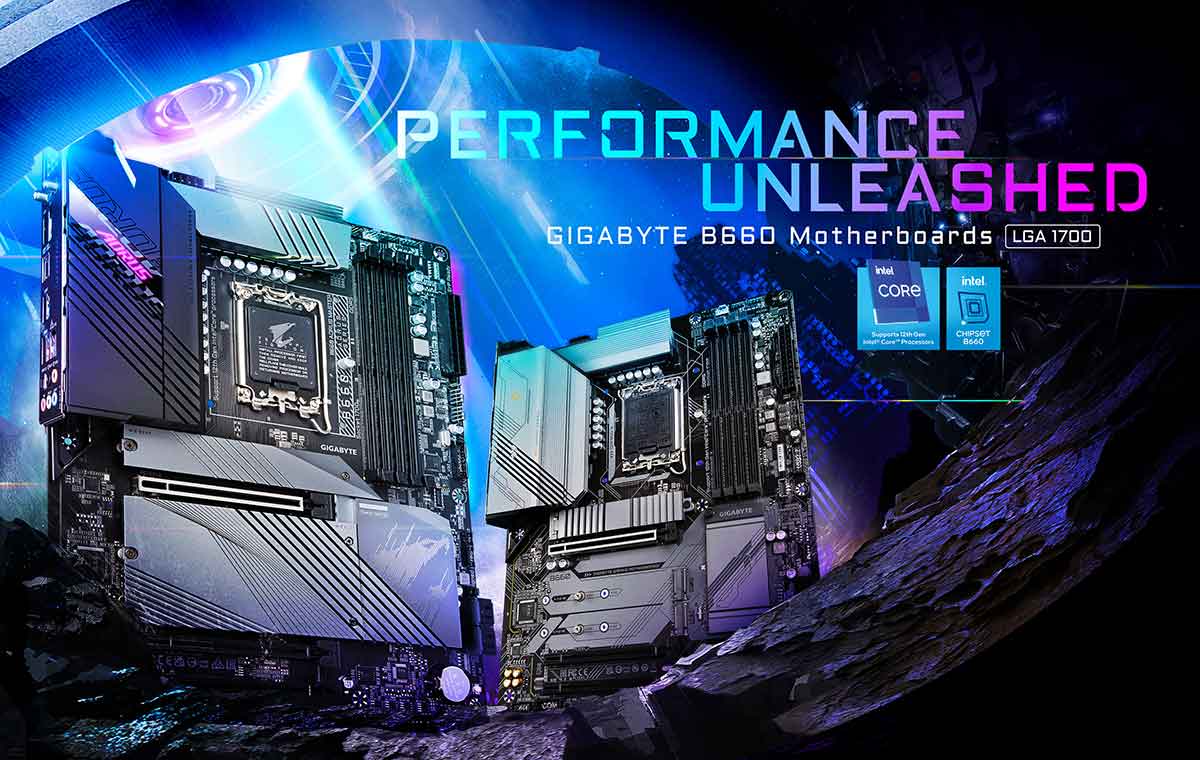 Gigabyte's is also launching boards of its own, and like the MSI boards, the B660 models will support DDR4 and DDR5 memory. Gigabyte is bringing some of its own additions to its boards, however, such as its 'DDR5 Unlocked Voltage' function, which allows for overclocking DDR5 memory while retaining better stability.

If you're in need of a smaller but quicker boost of power, Gigabyte also has its 'DDR5 Auto Booster', which can boost clock speeds from 4800MHz to 5000MHz in a single click.

The company's B660 boards also feature two sets of PCIe 4.0 slots, as well as support for Wi-Fi 6 and 2.5Gbps Ethernet. As for upgraded connectivity, the new boards will feature both USB 3.2 Gen2 and Gen 2x2 Type-C ports.

Join HWZ's Telegram channel here and catch all the latest tech news!
Our articles may contain affiliate links. If you buy through these links, we may earn a small commission.
Previous Story
Individual creators and artists worldwide get a boost out of NVIDIA's Omniverse updates for free
Next Story
Sony’s new 8K and 4K Mini-LED TVs come with its powerful XR cognitive processor