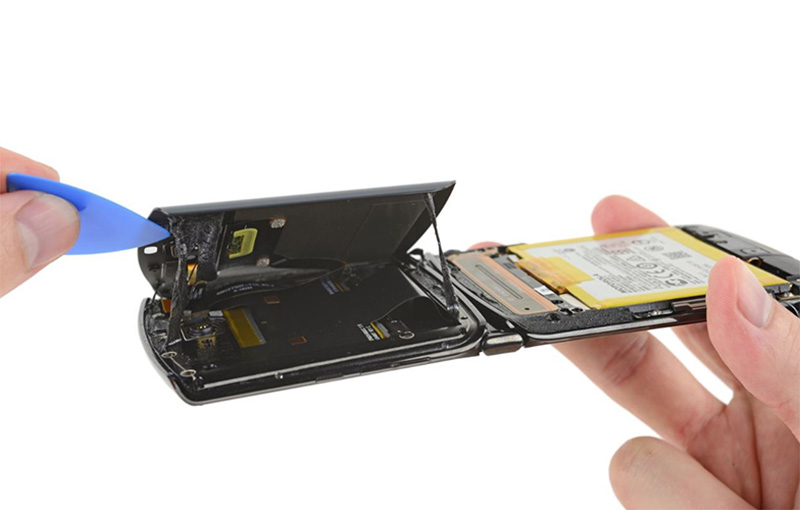 iFixit has posted a new teardown of Motorola's foldable Razr phone, and it looks like this is one device that will be really hard to repair. That's a concern with any foldable device, since it's still an open question how the screen and hinge will hold up under long-term use. The Motorola Razr garnered a repairability score of 1 from iFixit, the lowest possible, but the site was generally forgiving, saying that it was difficult to expect functionality and repairability on a first-generation device. In comparison, the Samsung Galaxy Fold earned a score of 2.

One of the reasons for the abysmal score is Motorola's copious use of glue, which makes the device hard to open right from the outset. The phone also utilises plenty of flex cables that can be snapped accidentally, which iFixit referred to as "booby traps". In fact, iFixit called this "the most complicated phone-based contraption we've ever taken apart".

Elsewhere, the charging port is also soldered directly to the main board, and even a battery replacement requires near-total disassembly.

On the bright side, the only driver you'll apparently need is a standard T3 Torx.

That said, iFixit credits Motorola for "numerous feats of engineering", and after the difficulty it experienced trying to get its hands on the bendy OLED screen, it notes that it is surprised that Motorola is offering to replace these screens for just US$299.

The teardown also gives us a closer look at the hinge mechanism, where there's still a small gap between the device's hinge and display on each side. This is similar to the gap that reportedly let debris in and caused issues on the first iteration of the Galaxy Fold, but it mainly shows up midway through the folding action, so the Razr might still be less susceptible after all.

Previous Story
Call of Duty: Modern Warfare is probably getting a battle royale mode soon
Next Story
StarHub's price plans for the Samsung Galaxy Z Flip are out