Samsung and Google aren't the only companies making a huge announcement related to the Android platform. A few weeks ago, we received a teaser video from Motorola, showing footages of all things fast and swift, with a razor blade subtly hidden in the background. The teaser video ended off with the 18th October date being sliced in half by what seems to be an invisible razor blade.

And it seems the curtain has been drawn up slightly earlier, just a day before its official announcement. The Motorola Droid Razr has just been revealed through a series of images hidden within a puzzle on the teaser site. The final image shows a razor-thin smartphone, one that could rival the dimensions of Samsung's Galaxy S II. 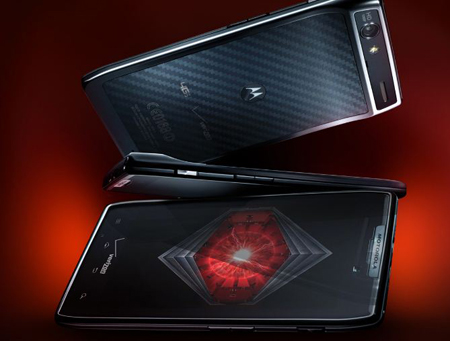 The Droid Razr's final specs haven't been confirmed, but various sources have speculated that the Droid Razr will come with the following hardware:

As evident from the revealed image, the Droid Razr will retain the four shortcut keys on its front profile. Given how Google's upcoming Android 4.0 Ice Cream Sandwich will reportedly do away with the physical shortcut keys (akin to the Honeycomb interface), it's not clear if this particular Android smartphone will receive the Ice Cream Sandwich update.

There's also the matter of Google acquiring Motorola for US$12.5 billion, with no particular indication of Google's plans for Motorola as a hardware manufacturer in the near future. Google did state that Motorola is also subjected to the same selection process for its flagship model that launches alongside its latest Android updates. Given that companies usually work 6 months to a year ahead for their product roadmap, it's possible that this upcoming Motorola Droid Razr didn't manage to make it in time for the Ice Cream sandwich update.

We'll be following up with more details regarding the new Android smartphone from Motorola and its availability in the region.