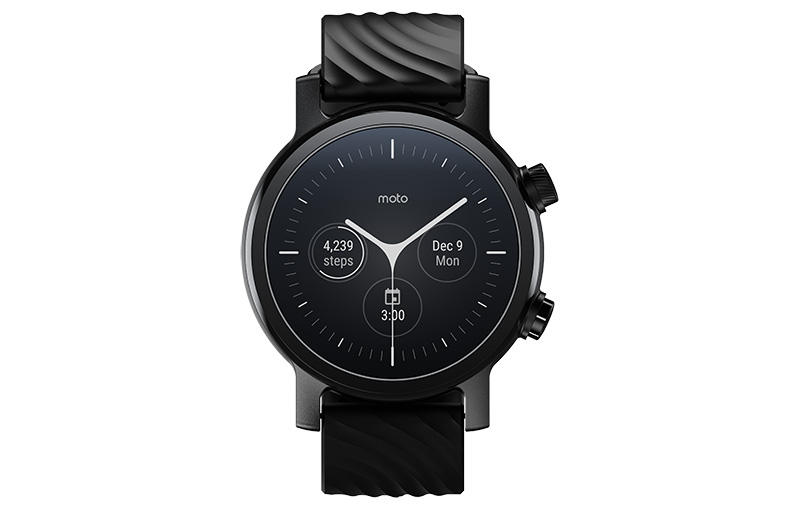 The Moto 360 smartwatch is back. This is the third generation Moto 360 but, interestingly, it isn't actually by Motorola.

Motorola got out of the smartwatch game in early 2017 and the latest Moto 360 is actually made by a company called eBuyNow.

No matter, this is a round-faced smartwatch that runs Wear OS. It only comes in one case size and the case measures 42.8mm in diameter. 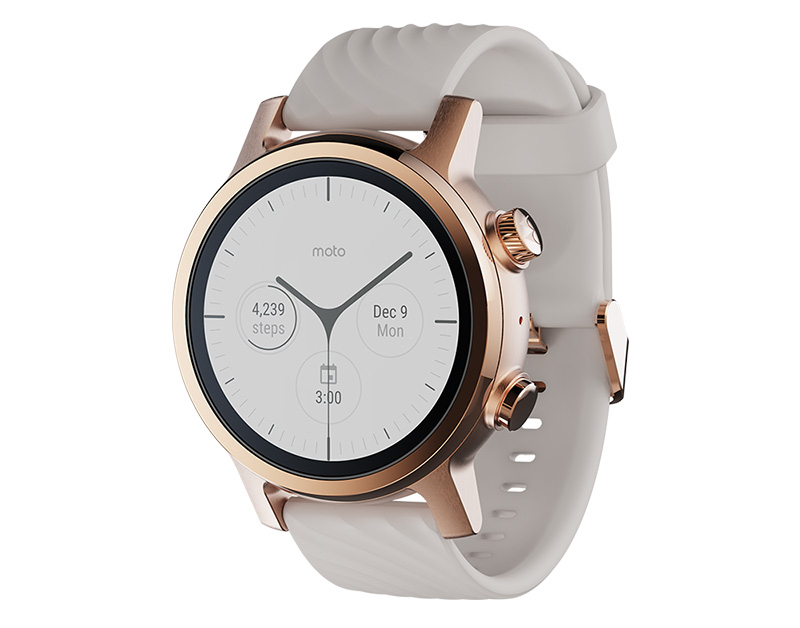 The case is 316L stainless steel and it comes in three finishes: silver, rose gold, and black. The case is fairly thin at just 11.68mm thick.

The round AMOLED display measures 1.2 inches across and has a resolution of 390 x 390 pixels. It's a full-colour always-on display and it's protected by Corning Gorilla Glass 3.

Inside, it's powered by the Qualcomm Wear 3100 chipset with 1GB of RAM and 8GB of storage.

There are two buttons on the side of the case to interact with the watch. The top button also rotates like a traditional watch crown to let you scroll through menus. The bottom button can be configured to launch your most frequently-used apps. As for sensors, it has a heart rate sensor and a built-in GPS. As for connectivity, it supports Bluetooth 4.2, Wi-Fi 4 (802.11n), and NFC, which means it can be used for Google Pay.

The Moto 360 is priced at S$529 and it is available now from Lazada and Shopee.

Join HWZ's Telegram channel here and catch all the latest tech news!
Our articles may contain affiliate links. If you buy through these links, we may earn a small commission.
Previous Story
Zoom sued by its shareholder for fraud around security lapses
Next Story
Leaked image shows purported iPhone 12 with smaller notch and new home screen