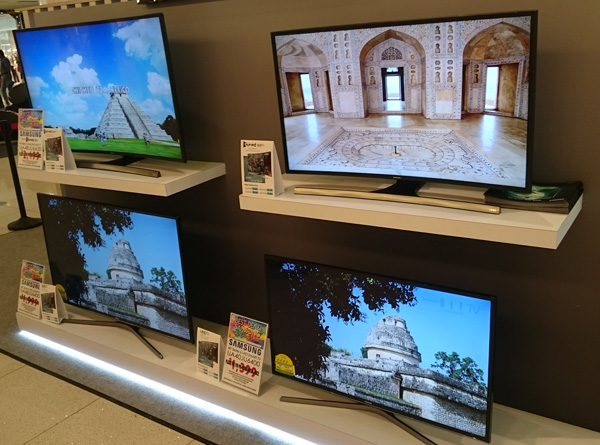 First things first. All of Samsung's new 40 and 48-inch curved UHD TVs (like those in the JU6600 series) have been enhanced with better curvatures. The new models feature a curvature of 3000R, which according to Samsung, is great for rooms with shorter viewing distances. Bigger models (55 inches and up) have a curvature of 4200R, unchanged from 2014's curved models. All 2015 curved UHD TVs now also sport the Auto Depth Enhancer technology, which is only available to the flagship models before this. 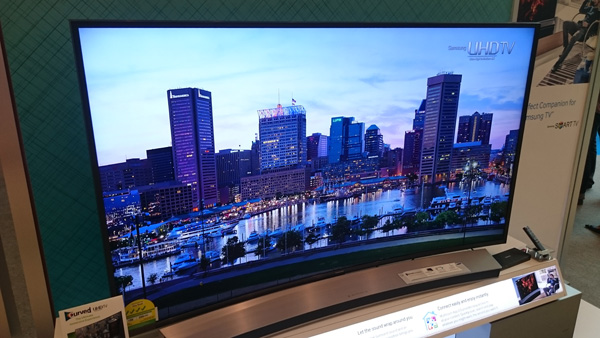 Leading the (non-S) 4K UHD series is the JU7500. It features a new bezel with a chamfer design, which is similar to the one found on the JS9500 SUHD TV. It has Samsung's Peak Illuminator tech for improved brightness and Precision Black tech for higher contrast. It also uses the One Connect Mini, which is a tiny box where all the audio and video ports are, making tangled wires a thing of the past. The JU7500 curved UHD TV is available in 55, 65, and 78-inch screen sizes. The 55-inch model goes for S$3,999, the 65-inch S$5,499, and the 78-inch S$10,999.

Join HWZ's Telegram channel here and catch all the latest tech news!
Our articles may contain affiliate links. If you buy through these links, we may earn a small commission.
Previous Story
Samsung launches flagship JS9500 and JS9000 SUHD curved smart TVs
Next Story
Apple could use Apple Watch's hardened aluminum in next iPhone to rid bending issues