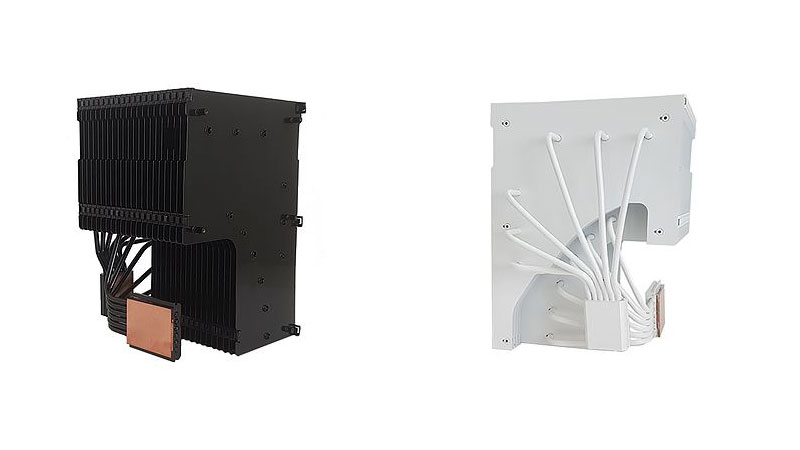 MonsterLabo is making the huge passive cooler that was part of the fanless system it showed off at Computex 2018 available for sale. Aptly dubbed The Heart, the cooler comprises a gigantic heatsink array and 12 sprawling heat pipes. It is available in both black and white and is currently listed on their site at €180.

The Heart reportedly weighs a whopping 3kg, according to Fanless Tech, measuring also a good 200 x 185 x 265mm. Another interesting thing about The Heart is that it is both a CPU and GPU cooler, featuring contact plates for both the CPU and GPU die. According to the company, it'll support CPUs up to 100W and GPUs up to 120W. There is also an option for a slow 500RPM 140mm fan, which would bring those values up to 140W and 160W respectively.

Given its size, The Heart won't fit into many PC cases on the market, and it was really made to be installed in MonsterLabo's own mini-ITX chassis called The First. This is a compact, but tall case, standing at 430mm high. You can also get it from MonsterLabo's website at €349. 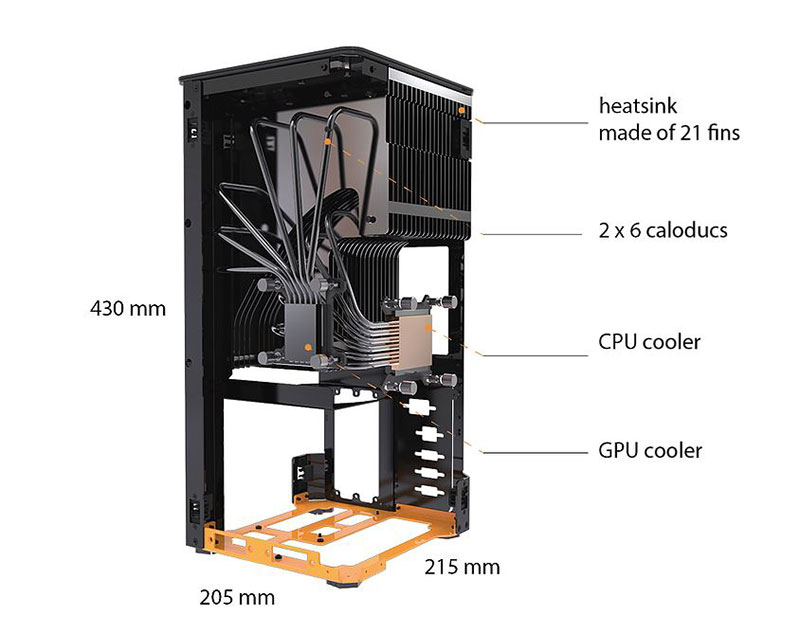 The First chassis has a capacity of just 19L, and it'll accommodate graphics cards up to 270mm long and up to three 2.5-inch SSDs and one 3.5-inch HDD. There's also room for an ATX power supply in there, with support for SFX and SFL-L form factors up to 160mm in length too.

Like The Heart, The First is available in both black and white, although you'll have a choice between a black anodised or black painted finish.

Join HWZ's Telegram channel here and catch all the latest tech news!
Our articles may contain affiliate links. If you buy through these links, we may earn a small commission.
Previous Story
BenQ smart projector removes the need of a PC for easier collaboration
Next Story
Gigabyte upgrades its Aorus RGB memory with more LEDs and faster speeds