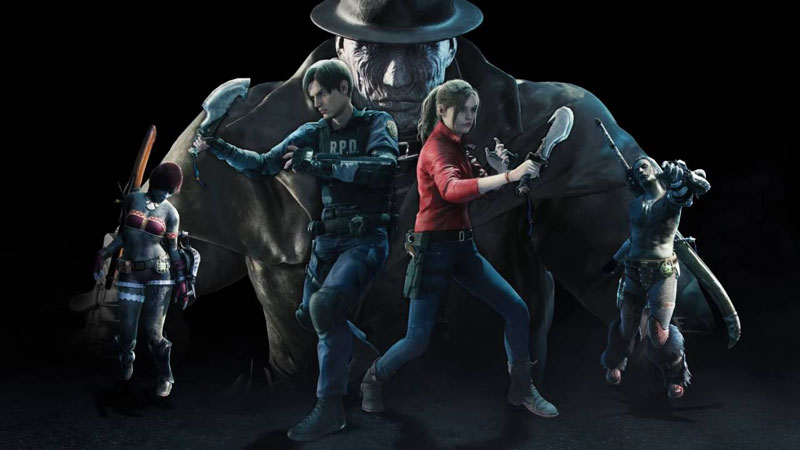 We are in the weirdest timeline. Monster Hunter World: Iceborne is crossing over with Resident Evil 2 Remake in a special event in November. Yes, you read that right – Leon, Claire, and even Mr X and Tofu are going monster hunting!

This is the weirdest, most hilarious trailer I’ve watched recently, and it’s a little hard to decipher what exactly is happening here. At the very least, we know that Mr X will be stepping in as the Handler NPC, which would explain his maybe too jolly attitude.

Leon Kennedy and Claire Redfield will be fighting off monsters together, with Mr X helping out by cooking meals and generally offering them moral support. That alone is worth a buy for me.

In another nice touch, it seems like players will be able to dress up as the undead as well, or even change their appearance to look like Mr. X.

Monster Hunter: World actually has a history of weird crossovers. We had Geralt ‘I hate portals’ of Rivia from The Witcher games show up for some kaiju-hunting action first, followed by Aloy from Horizon: Zero Dawn for two different crossovers.

Now, I just want to see a Doom Eternal crossover. Can you imagine getting to use the BFG in this game?

Monster Hunter World: Iceborne is already out on the PlayStation 4 and Xbox One. It will arrive on PC in January 2020. At the moment, there's still no news as to whether PC players will be able to enjoy the crossover content after the game launches.

Previous Story
The Dragon Prince season 3 is coming to Netflix this November
Next Story
Kamala Khan, or Ms. Marvel, is the main protagonist in Marvel's Avengers
Featured Highlights