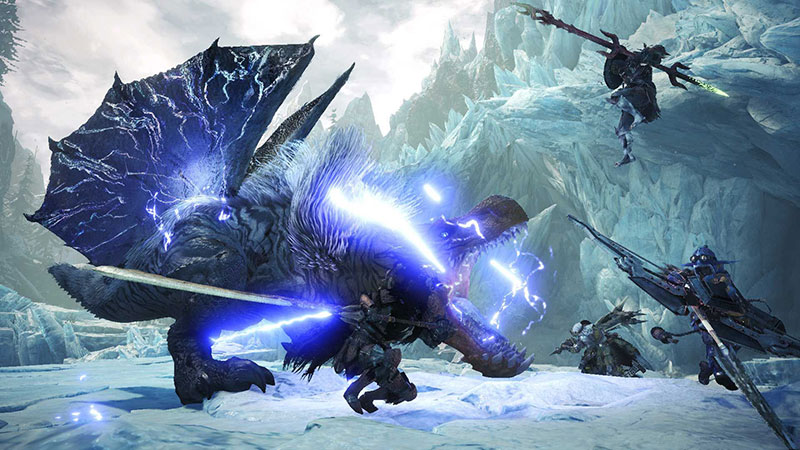 Capcom is finally looking to give PC players some love. Now that Monster Hunter World: Iceborne is out on PC, the company wants to ensure that major content updates arrive at the same time for PlayStation 4, Xbox One, and PC. The update schedule for PC has generally lagged behind the PlayStation 4 by a few months, and Capcom is hoping to set things straight in the future.

Meanwhile, the company will focus on pushing out updates for Iceborne on PC to catch up with the console versions. The first patch will be released on 6 February, adding rampaging ape Rajang and a new Volcanic Region to the world. To put things in perspective, Rajang came out on console in October.

On top of that, the limited-time Resident Evil crossover event, which console players got to experience in November, will come to PC as well. Next up, PC players can expect the Holiday Joy Fest in late February, a seasonal festive event that brings things like discounted pricing, additional quest rewards, and more Event Quests to complete.

Title Update 2 is then scheduled for 12 March and introduces a new Tundra Region and the fanged wyvern Stygian Zinogre.

This will be followed by Title Update 3, also in March, which will first debut on consoles. The update adds "two additional variant monsters", and it will arrive on PC later in April. From that point onwards, Capcom says all three platforms will get major content updates at the same time. 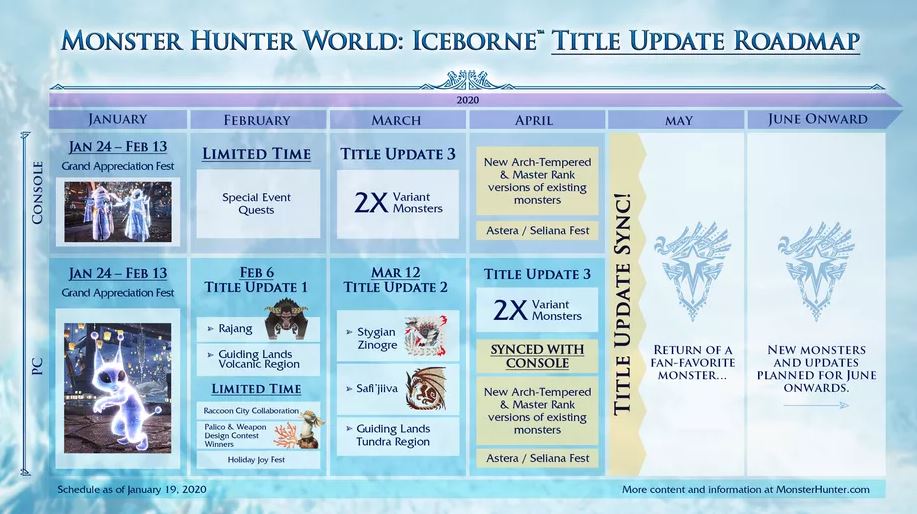 An April patch is also expected to add Arch-Tempered and Master Rank versions of certain monsters, and a "fan-favourite" monster will return in May. It's difficult to say what this is going to be though – it could be literally anything, since just about every monster in the game has people who love it.

Moving forward, Capcom also said that further updates are in the works for June and beyond.

At the moment, players on all three platforms can celebrate the second anniversary of the game's release in an event that will run from 23 January to 13 February. The Appreciation Fest will be held in Astera's Gathering Hub, and those who bought Iceborne will get to experience a "cosmic" version called the Grand Appreciation Fest.