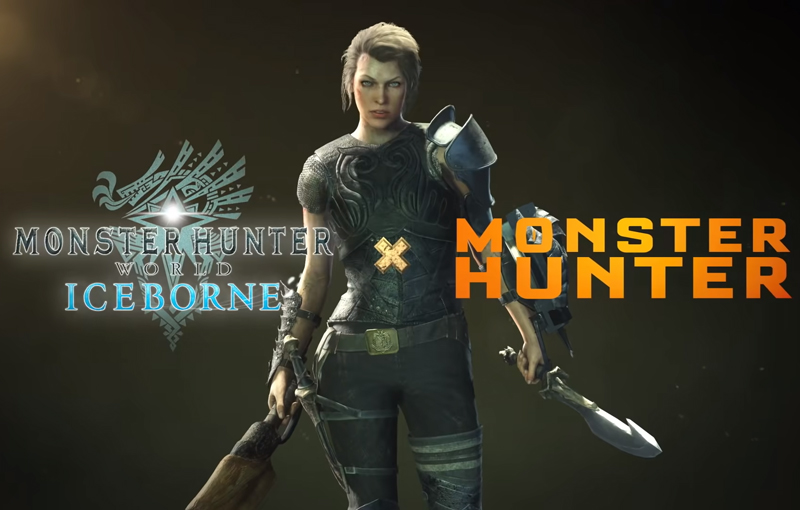 Capcom has announced that Milla Jovovich, star of the upcoming Monster Hunter movie, will be crossing over with Monster Hunter: World. Her character Artemis will appear in a two-part event quest, voiced by Jovovich herself. If you squint, you can kinda pretend that Alice from the Resident Evil movies is hunting monsters again.

Check out a teaser below:

These limited-time events will begin in-game on December 4, 2020. Hunters will go head-to-head with the Black Diablos, as depicted in the movie, during the first quest mission. In the second portion of this event, they’ll have to take on the gigantic Greater Rathalos - which is also featured in the movie. These quests are only available for players who have achieved Master Rank, however.

For those who can actually attempt the quests, tons of rewards await them on the other side. Items like special gear, layered armour, new titles, a new background and Guild Card poses will become available. From November 27, 2020, all Iceborne players will also be able to claim a limited-time item pack for free to celebrate the upcoming movie.

The Monster Hunter movie is currently set to open theatrically on December 25, 2020 - though we don’t know if it’ll end up sticking to that date. Two new Monster Hunter games were also announced for the Nintendo Switch recently.

Join HWZ's Telegram channel here and catch all the latest tech news!
Our articles may contain affiliate links. If you buy through these links, we may earn a small commission.
Previous Story
PlayStation Plus subscribers get Just Cause 4, Rocket Arena and more in December
Next Story
Your boss can now track your meeting attendance on Google Meet