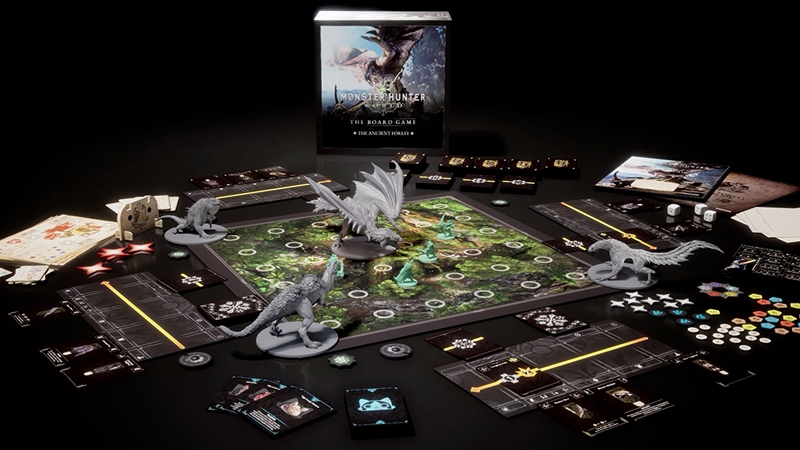 For close to 20 years now, Capcom's beloved Monster Hunter franchise has captivated players with its near-endless diversity of majestic beasts and "the unending thrill of the hunt", so to speak. Whether you like playing alone or with friends, there's a certain charm to prepping, tracking, and subsequently defeating the various monsters that roam the overworld, and now, you can do it again on your living room coffee table thanks to Steamforged Games.

Come April 20, MH fans should be prepared to take out their wallets because Monster Hunter World: The Board Game will finally be receiving its well-deserved Kickstarter campaign, which will last for the next 11 days all the way till April 30. It's a stunningly impressive tabletop adaptation of the popular franchise that you can repeatedly enjoy solo or with your best pals, and it even comes with some miniatures (like this Rathalos one) that are over a foot tall in height. 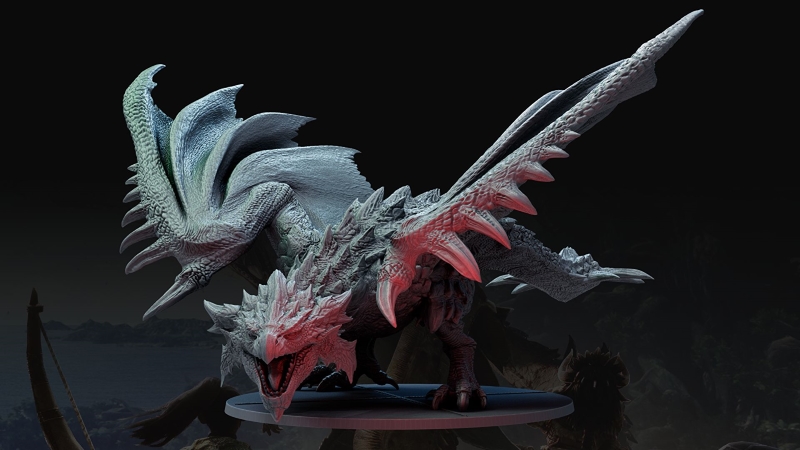 Delving into the gameplay, the board game takes a great deal of inspiration from the video game in terms of the hunting process, meaning you'll get an experience that is systematic and familiar, yet somewhat novel owing to the difference in the medium. In fact, I find it particularly nice that Steamforged has found ways to incorporate resource gathering, tracking, and post-battle "HQ" phases on top of the actual battles, so the game doesn't end up like a glorified tabletop version of Whack-a-Mole. In addition, replayability doesn't appear to be an issue either, as players can not only choose from five different ways of encountering monsters, but those same monsters can also spawn in a variety of different states, making each fight significantly different from the last.

Of course, like any Kickstarter campaign, the board game comes with several pledge tiers, featuring better offerings the higher up the ladder you go. There are currently three pledges: Entry, Core, and All-In, but there's no need to worry too much about what you're getting - any of those options will snag you a fully-playable campaign that you can repeatedly enjoy.

First up, the Entry Pledge costs roughly S$82 and nets you a 30-hour campaign set in the Ancient Forest, as well as eight miniatures, over 600 game cards, and one game board.

Second, the Core pledge costs around S$164 and comes with a 70-hour campaign, 17 miniatures (including one extra-large monster), over 1,200 game cards, and two double-sided game boards.

Finally, the All-In pledge sports a price tag of approximately S$325, and comes with a 75-hour campaign, ALL unlocks showed off during the Kickstarter campaign, 24 miniatures (including the biggest model - Kushala), and supposedly the cards and game boards featured in the Core pledge as well.

Join HWZ's Telegram channel here and catch all the latest tech news!
Our articles may contain affiliate links. If you buy through these links, we may earn a small commission.
Previous Story
A tale of three routers: Hunt down the perfect Wi-Fi 6 router with Singtel
Next Story
Singapore Airlines to be first to pilot IATA’s Travel Pass health verification app