Mojang is letting Minecraft fans choose the next mob addition

Mojang is letting Minecraft fans choose the next mob addition 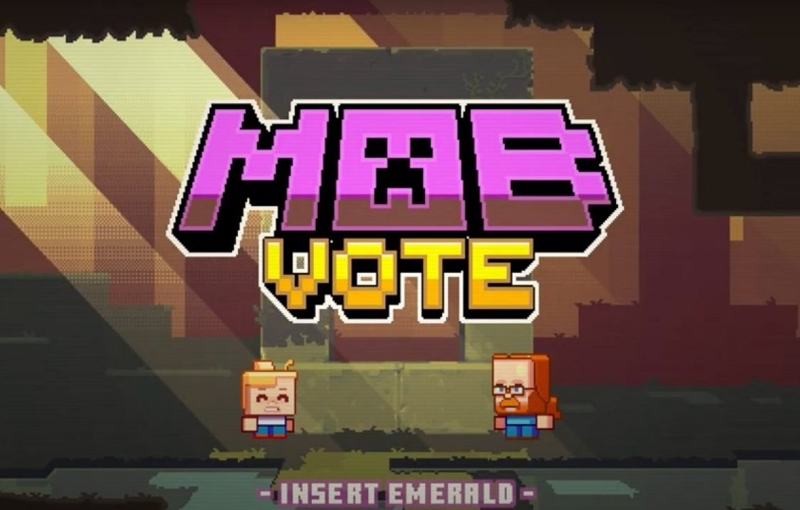 As a general rule, Minecraft is a game that doesn't take things too literally, which is nice. How else would we end up with such a plethora of weird and funky creatures?

From conventional creatures like cows and pigs, to more fantastical beings like Ghasts and the infamous Ender Dragon, there's little doubt that Minecraft's adorably blocky monsters, or "mobs" as they're often referred to have played a significant part in making the game as enjoyable as it is. And now, it's time for players to vote for the next one.

According to the official Mojang Twitter, players will get to select the next addition to the game's roster of blocky beings at the upcoming Minecraft Live livestream event on October 3. They've got three choices to pick from, which we briefly run through below.

First up on the left is the oh-so-adorable Moobloom. Based on the picture, it's essentially a yellow cow with plants growing out of its back in a similar fashion to the existing Mooshroom (which I still find a little creepy). It's apparently able to interact with bees too, which is cute.

The second mob is the Iceologer, a hostile snowy-mountain dwelling variant of Villager that throws chunks of ice at you if you get too close to their patrol. Yes, it's far from being frightening, but it'll probably be a real pain in your blocky behind, since the threat of having snowballs hurled into your face does make trekking through such biomes a lot more annoying than they already are.

Last but not least is the Glow Squid, and honestly, the name is pretty self-explanatory. It's a squid. And it glows. I'm not that big a fan of it, because it doesn't do much apart from making your deep sea diving trips slightly brighter. You could always use a night vision potion for that, so perhaps the only real use for the Glow Squid is to jazz up your home aquarium in Creative Mode.

Anyway, Mojang will be spicing things up over the next few days by releasing several videos talking about the three mobs in greater detail. Personally, I'm just relieved there aren't any spooky mobs this time round - Spider sounds are unnerving enough!

Join HWZ's Telegram channel here and catch all the latest tech news!
Our articles may contain affiliate links. If you buy through these links, we may earn a small commission.
Previous Story
SMRT taxi drivers will get enhanced Grab Driver app to replace display units
Next Story
Nikon to unveil the Z7 II and Z6 II full-frame mirrorless cameras on Oct 14