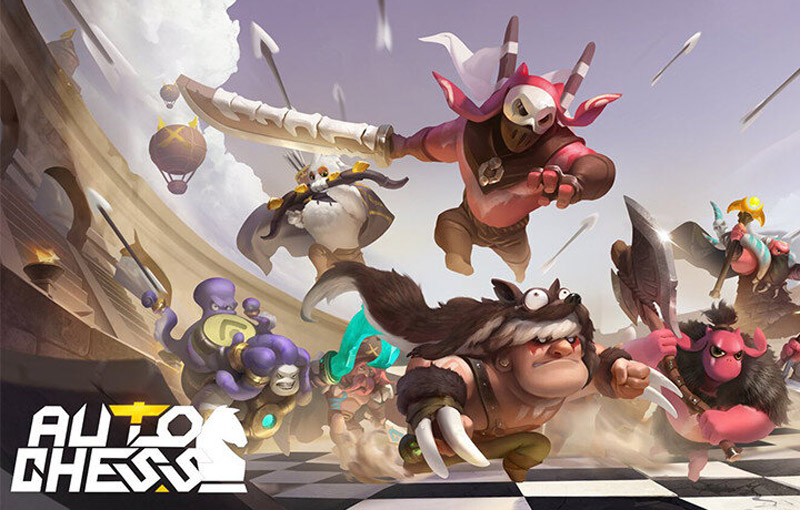 From one MOBA to another.

Developer Drodo Studio have announced that their game Auto Chess is getting a MOBA spin-off, similar to other games like League of Legends and Dota 2. This brings the developer full circle, considering that Auto Chess began as an incredibly popular mod for Dota 2, before Drodo Studio decided to make a standalone version.

Chess characters from #AutoChess will become heroes in the MOBA game!

Drodo’s new MOBA sounds pretty standard for the genre. All heroes will be free in the interest of fairness, as Drodo believes that players having different pools of heroes isn’t fair. There will be no paid runes, but there will be a day-and-night cycle and the ability to destroy objects in the environment. Of course, the heroes you play will take inspiration from Auto Chess characters. Those Auto Chess characters take inspiration from Dota 2 characters. Don't think about it too much.

The auto battler genre really took on a life of its own after the creation of Dota 2's auto battler mod. Valve created its own version of Auto Chess called Dota Underlords, while League of Legends’ Riot Games released Teamfight Tactics. Auto Chess is the closest you’ll get to playing an auto battler from the creators of the Dota 2 mod, however. At this point, the MOBA genre has certainly outlived auto battlers in popularity, which is likely why Drodo Studio is going back to create one of their own.

Join HWZ's Telegram channel here and catch all the latest tech news!
Our articles may contain affiliate links. If you buy through these links, we may earn a small commission.
Previous Story
The AirPods Max may have a battery drain issue
Next Story
The rumoured Pokemon Diamond and Pearl remakes might come out in November