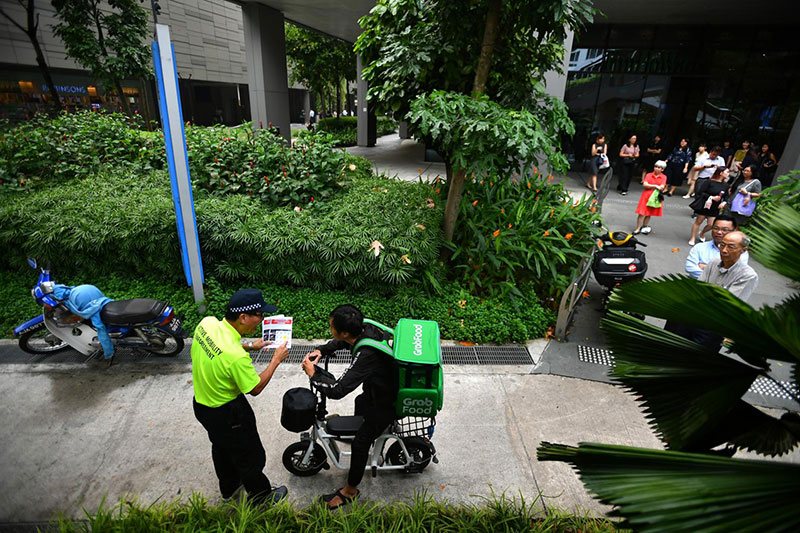 This article is contributed by Toh Ting Wei and a version of it first appeared in The Straits Times, an SPH publication, on December 04, 2019.

A code of conduct that currently focuses on mobility device users will be expanded to cover pedestrians, and will include guidelines such as encouraging them to keep left on footpaths. In addition, users of e-scooters and power-assisted bicycles, also called electric bicycles, will soon need to go for a theory test before they are allowed to ride their devices in public.

The Ministry of Transport (MOT) made these announcements on Wednesday (Dec 4) in accepting all the recommendations made by the Active Mobility Advisory Panel (AMAP). The panel submitted the recommendations, which seek to improve the safety of pedestrians and active mobility device users, on Sept 27. Other recommendations by the panel include compulsory third-party liability insurance for those who use e-scooters in their work, a minimum age requirement of 16 years to ride e-scooters on public paths, and banning the use of mobile phones when riding an active mobility device.

We will expand the current Code of Conduct which focuses on device users, to include guidelines to encourage pedestrians to keep left, keep to footpaths, and for all path users to be alert to their surroundings.

In a Facebook post, Senior Minister of State for Transport Lam Pin Min thanked members of the panel for their hard work and objectivity, and for their collective wisdom "to make difficult but balanced recommendations".

On the mandatory theory test, the panel had recommended that e-scooter users be required to take the test amid mounting safety concerns about the use of the devices. The circumstances surrounding the use of e-scooters have changed significantly since November.

E-scooters are now banned from footpaths, and can be used only on the 440km of cycling paths islandwide. The Land Transport Authority will expand this network to 750km by 2025, and triple the current distance by 2030. All Housing Board towns will also have a cycling path network by 2030.

Following the e-scooter ban from footpaths, about 7,000 food delivery riders from the three major food delivery companies were given the option to tap a S$7 million grant to switch to devices including e-bicycles.