Minecraft is getting ray tracing support and it looks beautiful

Minecraft is getting ray tracing support and it looks beautiful 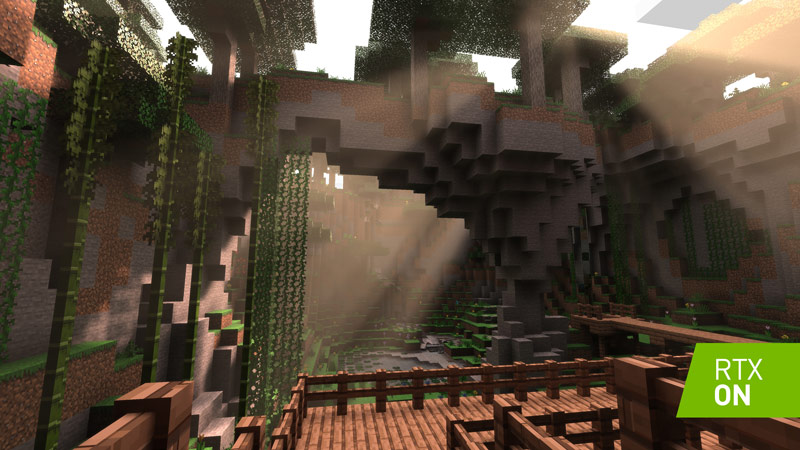 NVIDIA, Microsoft Studios and Mojang are working together to add a form of ray tracing (path tracing) in a free update for the Windows 10 version of the game in 2020. The update will give the game world more realistic shadows, lighting and vibrant colours than ever before.

Saxs Persson, franchise creative director of Minecraft at Microsoft gave an example of how ray tracing might improve the game:

Ray tracing sits at the center of what we think is next for Minecraft. GeForce RTX gives the Minecraft world a brand-new feel to it. In normal Minecraft, a block of gold just appears yellow, but with ray tracing turned on, you really get to see the specular highlight, you get to see the reflection, you can even see a mob reflected in it.

You can check out a trailer for the new and improved Minecraft below.

Other games that will be getting ray tracing support are Dying Light 2, Metro Exodus, SYNCED: Off-Planet, Call of Duty: Modern Warfare, Control, Vampire: the Masquerade - Bloodlines 2, Watch Dogs: Legion and Wolfenstein: Youngblood. The highly anticipated Cyberpunk 2077 will also have ray tracing, but we won’t see any new footage of the game until PAX West happens.

As the list of games that support ray tracing grow so rapidly, it becomes increasingly obvious that this will have to be one of the key features for the next generation consoles as well.