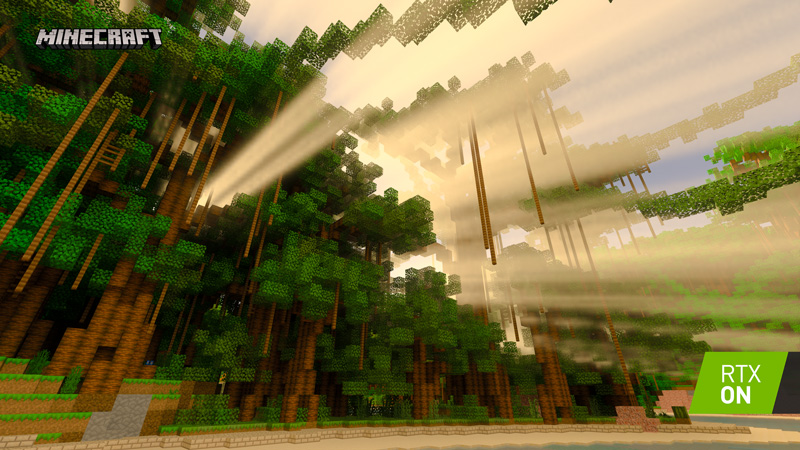 There hasn’t been a better time to return to Minecraft. Nvidia and Mojang have just announced that the game will be getting real-time ray tracing via a public beta on April 16, 2020. Experienced players are about to see the game get a massively exciting visual overhaul!

Windows 10 users will be able to download the beta of the upcoming free update and see what these changes look like for themselves. Six new Minecraft worlds will also be given away for free, to better demonstrate what ray tracing is capable of in Minecraft. The beta will also include NVIDIA DLSS 2.0, which boosts framerates while improving image quality.

The revamp is nicknamed ‘Minecraft with RTX’, and was first revealed at Gamescom 2019. At the time, it looked gorgeous. Lighting in particular looked much softer and more realistic, and blocks were touched up to be able to reflect light in a much more immersive way. These blocks have additional height, roughness, emit light and can look metallic. Essentially, it makes materials such as lava and water glow and refract light more naturally, making environments appear more true to life. Check out an image comparison here. 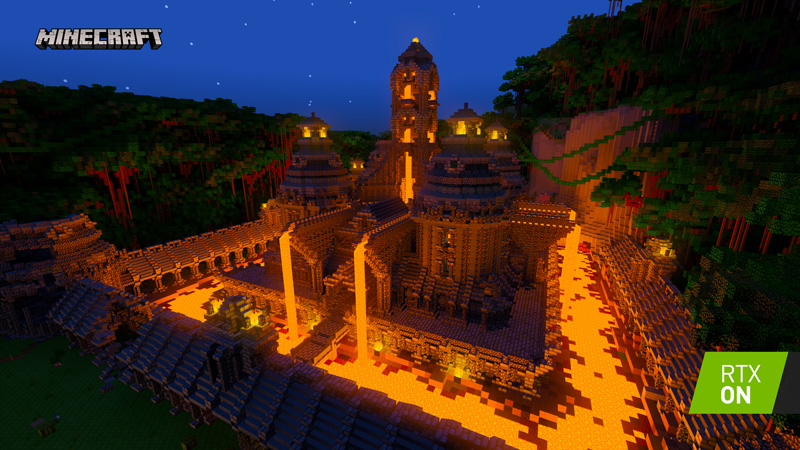 The six new Minecraft worlds can be downloaded for free from the in-game Minecraft Marketplace, and include:

To try out Minecraft with RTX, players will have to sign up for the beta via the Xbox Insider Hub on April 16. You’ll also need a GeForce RTX 2060 GPU or higher, and the latest NVIDIA Game Ready Driver.