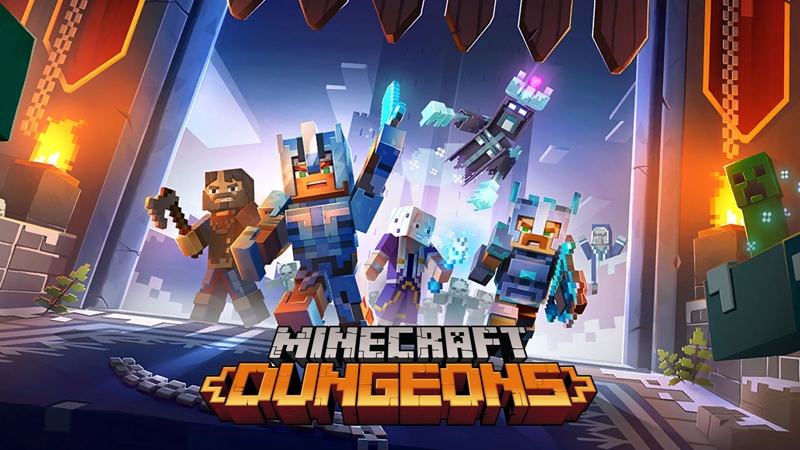 At long last, Mojang Studios' adorable little dungeon crawler Minecraft Dungeons has received its cross-platform play feature, which means there's nothing stopping you from taking on the blocky unknown with your PC pals while you twirl the thumbsticks on your DualShock controller. Of course, it's not just for PS4 and PC - the feature also extends to Nintendo Switch and Xbox One players. All you have to do is download the recent free update and you're set.

But there's more. According to the Minecraft.net wire post, we'll also be getting cloud saves in due time, and like the cross-play feature, it'll be available on all of the above platforms, so you can smash mobs with your strongest character on PC, then do it again on your Switch. However, we'll have to wait a little longer for that - the developers still need some time to get everything checked out, so for now, you're stuck with saving individual playthroughs on their respective platforms.

Nevertheless, there's still more loot to hunt for and more mobs to kill, especially with the new Howling Peaks DLC set to drop sometime in December. The game packs a formula that's rather (even absurdly) simple, but it's quite fun, especially if you're playing it with your friends and family. In fact, it's one of six The Game Awards' nominations for Best Family Game this year, and if you've got some time to spare, why not check out our review?

Join HWZ's Telegram channel here and catch all the latest tech news!
Our articles may contain affiliate links. If you buy through these links, we may earn a small commission.
Previous Story
After a 2-year break, select Samsung Galaxy Note 5 and Galaxy S6 handsets are getting a new firmware
Next Story
Ubisoft Singapore's Managing Director has been removed after a "leadership audit"