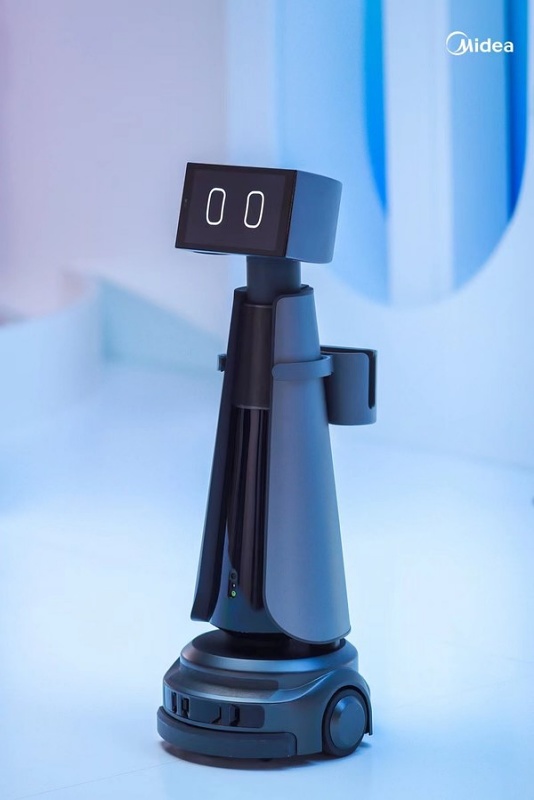 Xiaowei doubles as a security guard; it is able to identify family members via facial and body tracking technology, and carry out remote monitoring of the house. You also can order it around the house to deliver household items.

The built-in projector and other advanced technologies transform Xiaowei into a playmate where you get a mobile theatre, entertainment center, and interactive play area at home.

Its built-in 3D camera, along with autonomous mapping, allows Xiaowei to identify object attributes and compile semantic information. Xiaowei is able to determine where certain furniture are, and will use its navigation function to reach a particular spot when given a voice command.

Midea says Xiaowei is expected to launch in the second half of the year, and will be established as an independent brand Wishug.

Join HWZ's Telegram channel here and catch all the latest tech news!
Our articles may contain affiliate links. If you buy through these links, we may earn a small commission.
Previous Story
Telegram confirms it is introducing a premium subscription plan this month
Next Story
Here are all the key Apple iOS 16 updates announced at WWDC 2022