Microsoft's updated Android launcher can connect your phone and PC

Microsoft's updated Android launcher can connect your phone and PC 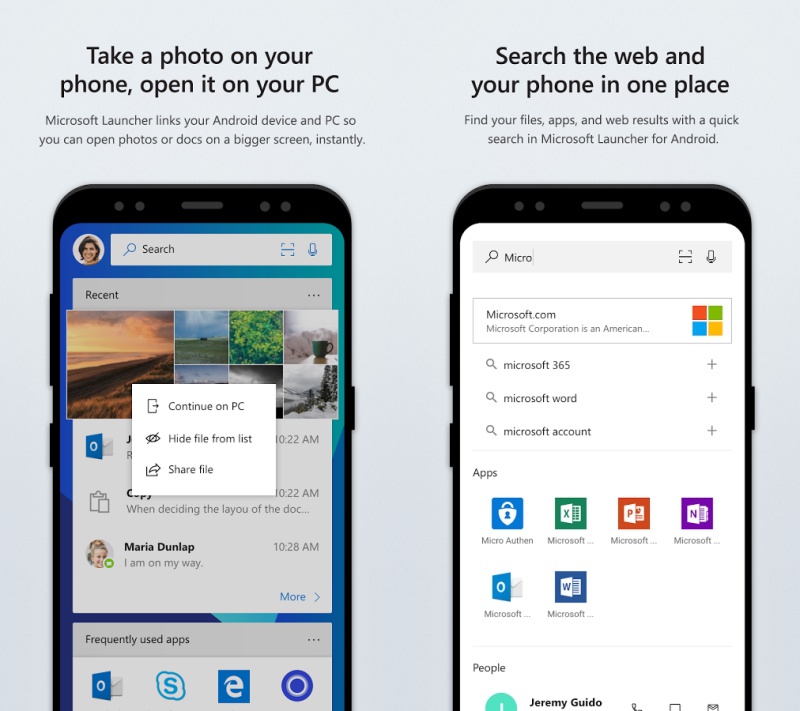 More than two years ago, Microsoft came up with a launcher for Android which was called Arrow Launcher. Today, Arrow Launcher has been renamed Microsoft Launcher and comes with a major new feature, Continue on PC.

Similar to macOS' Handoff feature, the "Continue on PC" feature allows Android users to long press on documents, images, webpages and more on their phones to continue the experience on their Windows 10 PCs. This is especially useful if you are a frequent user of Microsoft services such as Office and Outlook. This feature requires a PC to be running on the latest Windows Fall Creator's Update which will be released on 17 October.

There are also other new features such as a personalized feed to see important information (e.g. news, calender events, contacts) at a glance, the ability to pin contacts to the home screen or place them anywhere in the dock and folders, and many ways to customize the interface with different light and dark themes and color accents.

Join HWZ's Telegram channel here and catch all the latest tech news!
Our articles may contain affiliate links. If you buy through these links, we may earn a small commission.
Previous Story
Breakthrough asphalt-based lithium batteries can be fully charged in five minutes
Next Story
The Apple Watch could be used to measure blood pressure