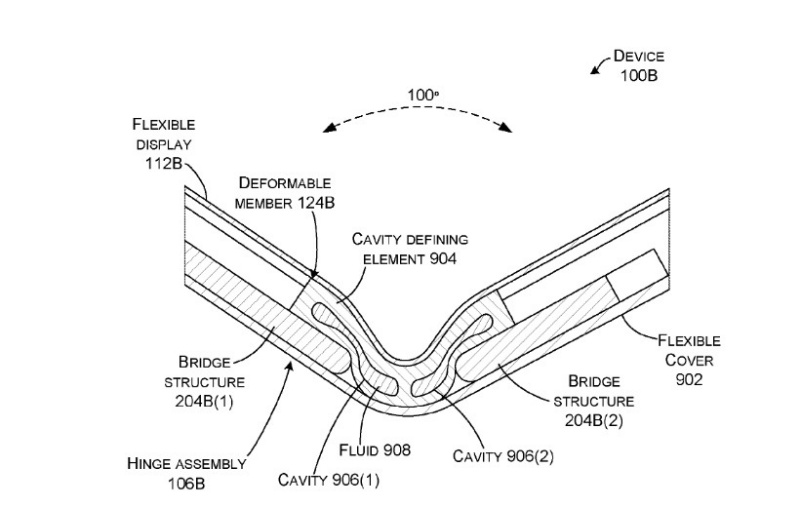 WindowsUnited spotted a new patent application by Microsoft which describes a special hinge that uses liquid to minimise the stress on flexible and foldable screens. Cavities around a flexible display can be filled with liquid to help it bend and move into various positions.

The patent also has illustrations that show several concepts of a complex hinge system with structures to "prevent foreign materials from entering the hinge assembly/device". This is somewhat similar to the enhancements that Samsung did to the Galaxy Fold. It seems that Microsoft has plans to license the technology to other OEM partners as the patent application is filed by "Microsoft technology licensing".

Source: WindowsUnited via The Verge