Microsoft's MobileFusion turns your phone into a 3D scanner

Microsoft's MobileFusion turns your phone into a 3D scanner 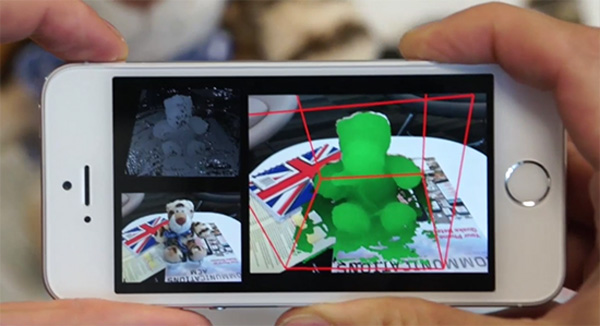 3D scanning isn't cheap. Even a simple scan of basic objects, professionally done can cost hundreds if not thousands of dollars. While Intel's RealSense 3D cameras and Microsoft's Kinect can do 3D scanning, you need those specialized equipment for the function to work. Your run of the the mill smartphone camera won't work.

Or at least, they won't work for the time being. Microsoft Research and the University of Oxford have teamed up to create MobileFusion which enables cameras found in smart devices to work as a 3D scanner.

Like the video says, MobileFusion is a simply an app and requires no additional hardware, unlike Intel's RealSense 3D cameras, which can be found in the Dell Venue 8 7000 tablet. MobileFusion also requires no internet access or even a Wi-Fi connection, so you're not restricted in its use in any way if you can't get online.

You simply activate the app, select what you want to scan and then move your phone around the object so that the camera gets a complete 360 degree view of it. As you move, the app will generate the images the camera sees and incorporate it into a 3D mesh, all in real time.

Once the image is fully generated, it can then be sent to other people for them to view. Microsoft envisions a future where friends on holiday can send 3D models (like the Eiffel Tower) to buddies back home, or 3D images of items people want to sell online on sites like Ebay.

While the technology is working right now, it's still in its prototype stages. Microsoft's researchers eventually plan to release MobileFusion on mobile devices that run iOS, Android and Windows but are uncertain of when exactly it would be available.

Join HWZ's Telegram channel here and catch all the latest tech news!
Our articles may contain affiliate links. If you buy through these links, we may earn a small commission.
Previous Story
Twitter culls websites made for saving deleted tweets of politicians
Next Story
OPPO launches Mirror 5s and Neo 5s smartphones