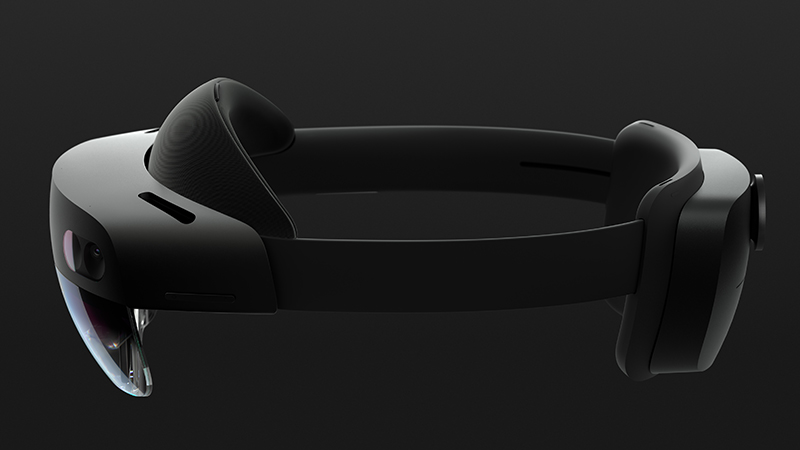 The HoloLens 2 is finally official. Microsoft today took the wraps off its next-generation mixed reality headset, which comes with significant quality-of-life improvements over its predecessor. However, one thing hasn't changed, and the HoloLens 2 is still aimed squarely at enterprises, so don't expect to use this in your living room.

For starters, the HoloLens 2 has more than double the field of view of its predecessor. The first HoloLens had a relatively narrow diagonal field of view of 34°, which meant that you were mostly restricted to viewing holograms directly in front of you. The wider field of view means that you can see more of the virtual world, and you also have greater freedom to turn your head and look around without losing sight of what's important.

In addition, Microsoft says that despite the wider field of view, it has managed to maintain the same 47 pixels per degree of sight, which is crucial for reading 8 point font on a website. According to the company, this is equivalent to moving from a 720p TV to a 2K set for each eye.

Microsoft worked to improve comfort as well. It says it scanned the heads of hundreds of people, spanning different ages, both genders, and ethnicities, to come up with the best possible universal fit that should work with 95 per cent of folks. In addition, the HoloLens 2 uses a carbon fiber construction and features improved thermal management, so it should be lighter and more comfortable.

In fact, Microsoft says putting the HoloLens 2 on should be as simple as wearing a cap. On top of that, it adjusted the weight distribution to make it feel as if the headset is floating on your head. There's also a dial for tightening the headband, and you can simply flip the visor up if you need to quickly get rid of the holograms. 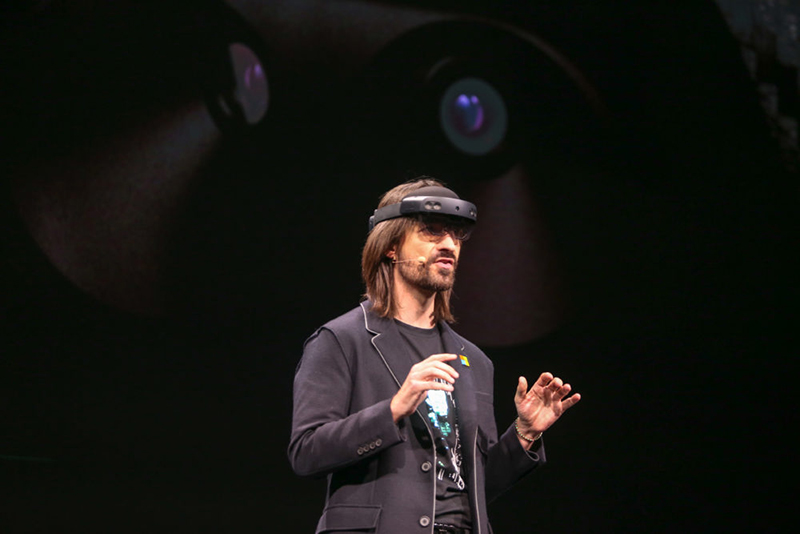 To hear Microsoft tell it, the possibilities are endless. The HoloLens 2 supports fully articulated hand tracking that's calibrated to the size of your hands, and I saw an employee play a piano on stage, pull a hologram toward her with a voice command, and even pin holograms in space. Eye-tracking is supported as well, so you can scroll through websites using just your eyes.

The headset comes equipped with a "time-of-flight" depth sensor to track your hands and eliminate the need for controllers, which allows for a more intuitive interface that the company is calling "instinctual interaction".

The HoloLens 2 also allows holograms to respond to your touch, so you truly feel like you're interacting with them through a mix of auditory and visual feedback.

One of the more interesting applications is the ability to use HoloLens 2 to set up collaborative workspaces. You can create a virtual room that acts as a persistent visual object that anyone can join, complete with avatars of your collaborators. This is done via an app called Spatial, and it features a virtual whiteboard where people can pin ideas. What's more, saying a word or phrase will call up a bunch of corresponding images that could help spark further ideas. Work you've done on other devices can be shown as well, and you can pull up sketches you made on a tablet or phone. 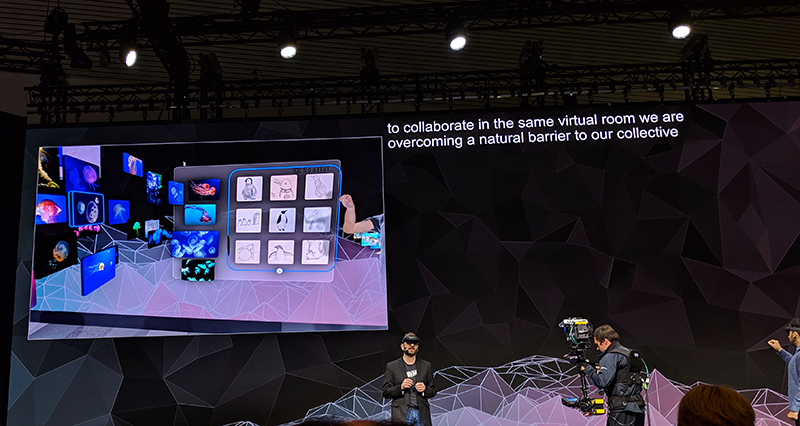 Another nifty feature is something Microsoft is calling "spatial anchors", which will let people participate in the holographic world even without a HoloLens. For example, if only one person was wearing a HoloLens, a second person could still look at the hologram using their smartphone if they have the right app.

Better still, HoloLens 2 is also now connected directly to Microsoft's Azure cloud service, so it can leverage the computing power of the cloud to do things like create more detailed and accurate renderings.

Finally, Microsoft will let its customers customize the HoloLens 2 to suit their needs. The first to do this is Trimble with the XR10, which kind of looks like a hard hat with the HoloLens 2 visor slapped on. Obviously, this will be targeted at those who need to use the HoloLens 2 in construction sites or other dangerous locations. 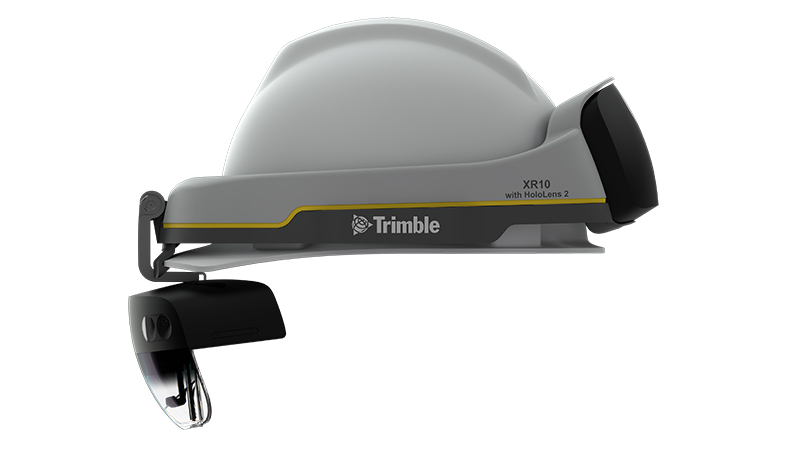 The HoloLens 2 will be available later this year at US$3,500.

Join HWZ's Telegram channel here and catch all the latest tech news!
Our articles may contain affiliate links. If you buy through these links, we may earn a small commission.
Previous Story
Apple Watch Series 4 detected heart issue for user and expedited the diagnosis
Next Story
The Nokia 9 PureView has a Snapdragon 845 chip, five rear cameras, and no camera bump