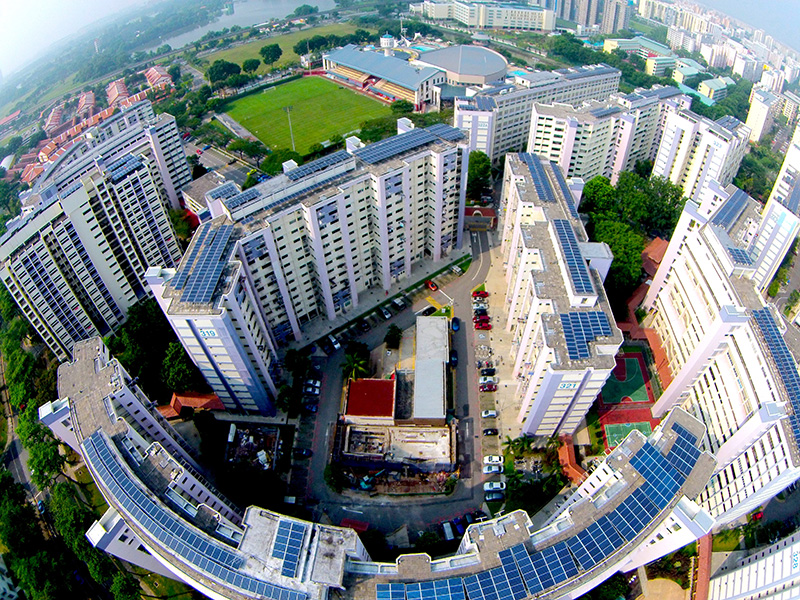 The new 60 megawatt-peak (MWp) solar portfolio by Sunseap Group will span hundreds of rooftops. For the next 20 years, Microsoft will purchase all of the renewable power exported by the solar grid. The energy will help power Microsoft’s datacenter services in Singapore.

For comparison’s sake, the 60 megawatt solar portfolio can generate enough energy to power 90,000 Singaporean homes for an hour. Construction for the project is in progress, and it is expected to be online by the end of the year.

The project is Microsoft’s first renewable energy deal in Asia, and is also its third international clean energy announcement. The previous two were wind deals in Ireland and The Netherlands. Microsoft has a goal of powering 50 percent of its global datacenter load with renewable energy by this year.

Local provider Sunseap is also supplying Apple with power from more than 800 rooftops in Singapore. Apple is the first company in Singapore to rely entirely on solar power, which runs its local operations, including the Apple Store in Orchard Road.

Our articles may contain affiliate links. If you buy through these links, we may earn a small commission.
Previous Story
BenQ’s EL2870U is a 28-inch 4K monitor with support for HDR
Next Story
NVIDIA may not reveal new graphics cards at GDC or GTC 2018 after all