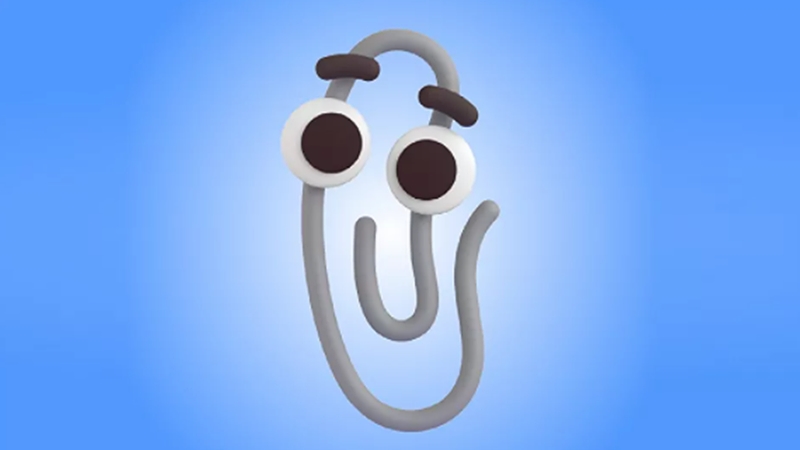 Hide your Word documents, your smart devices and any children who have never used Windows Office 97, because in this week's episode of "You may be old, but are you this old?", Microsoft has threatened to re-unleash one of the most dreaded and frightening software icons of the late 90s upon the world.

And yes, we do mean icon literally.

Earlier today, the software giant published a tweet campaigning for Clippy's return in the Office 365 software as their official paperclip emoji, saying that if the post manages to garner 20,000 likes or more, they will actually bring him back from the Recycle Bin in the Great Beyond. Unfortunately, at the time of writing, it seems that we're already too late to stop the apocalypse from unfolding, because it only took the online community less than an hour to drop the full 20,000 likes (and counting) on the post.

Ok, so Clippy isn't actually the bane of all existence. He was just the bane of anyone unfortunate enough to have his Office Assistant function turned on. Not only was his presence infuriatingly annoying, but he was generally unhelpful in his role as an Office Assistant to boot. In fact, the community hate towards this seemingly harmless paperclip was so prominent that even his creators found it in their best interests to join in, and he was finally canned from the Office software in 2007.

Given his lot in life, or whatever counts for it, it's actually hard not to feel at least a little bad for Clippy, and yes, we do know we're attempting to sympathise with what is functionally an animated paperclip icon on the computer. Nevertheless, while seeing him return as an emoji isn't actually a bad idea, we would probably...no, definitely appreciate it if Microsoft can ensure he keeps his mouth shut this time round. Silence is golden, Clippy.

Join HWZ's Telegram channel here and catch all the latest tech news!
Our articles may contain affiliate links. If you buy through these links, we may earn a small commission.
Previous Story
Fitbit's Sense smartwatch finally gets approval for ECG app in Singapore
Next Story
Loki will return for a second season on Disney+