Microsoft Surface Pro to Retail in US on 9 February

Microsoft Surface Pro to Retail in US on 9 February 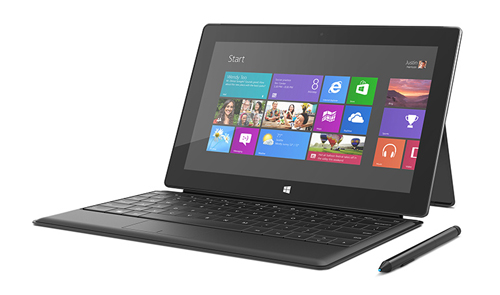 Microsoft revealed its Surface Pro pricing details back in November last year, but it seems that Microsoft will not be able to meet the promised January launch date. According to a blog post made on The Official Microsoft Blog, the Surface Pro 64GB base model will retail for US$899 in the US and Canada on 9 February 2013.

The Verge also reported that markets outside of the US and Canada will have to wait a few weeks, or even months after 9 February for the Surface Pro. As of now, there are no details as to whether Singapore will ever retail the Surface tablets.

The Surface Pro will also look almost identical to the already released Surface RT (which we've recently reviewed), except it will be slightly thicker and heavier. The reasons behind its extra heft are the more powerful components to give it the full notebook-like potential.

With the presence of an Intel CULV processor, the Surface Pro tablet's performance will be similar to that of a high-end Ultrabook. It also means that it will be running the the full Windows 8 Pro, which supports legacy desktop applications. Consumers will also get the option of getting Touch or Type keyboard covers, as well as additional digital pen support.

Source: The Official Microsoft Blog, via The Verge

Join HWZ's Telegram channel here and catch all the latest tech news!
Our articles may contain affiliate links. If you buy through these links, we may earn a small commission.
Previous Story
Intel Said to Launch 'Haswell' Processors on June 02
Next Story
Microsoft Might Invest Up to $3 Billion to Help Take Dell Private