Note: This article was first published on 22nd February 2019 and is re-published for its retail availability. 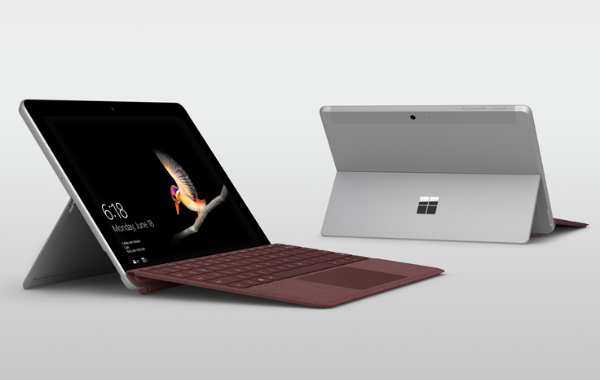 Like most Microsoft Surface products, it has taken a while but it is finally here. Microsoft's entry-level hybrid tablet/detachable notebook can now be had with built-in LTE connectivity here in Singapore.

It is identical to the non-LTE variant, so you get the same 10-inch PixelSense display, Intel Pentium Gold processor, integrated kickstand, and featherlight 532g body weight. The only difference is added LTE connectivity via a nano-SIM tray.

To get up to speed on the Surface Go, you can check out our review of the Surface Go here and also catch our unboxing video below.

One thing to note, however, is that the Surface Go with LTE comes in only one configuration and that's the more pricier one that comes with 8GB of RAM and a 128GB SSD. This isn't necessarily a bad thing as this more expensive configuration is faster and more usable.

So very quickly, here are the key specifications of the Surface Go with LTE:

The Microsoft Surface Go with LTE is available for pre-order here and will be available for direct purchase from 7 March. It is priced at S$1,028.

Join HWZ's Telegram channel here and catch all the latest tech news!
Our articles may contain affiliate links. If you buy through these links, we may earn a small commission.
Previous Story
WebAuthn wants to make the Internet password-free
Next Story
The Koenigsegg Jesko could be the first car to breach the 300mph mark