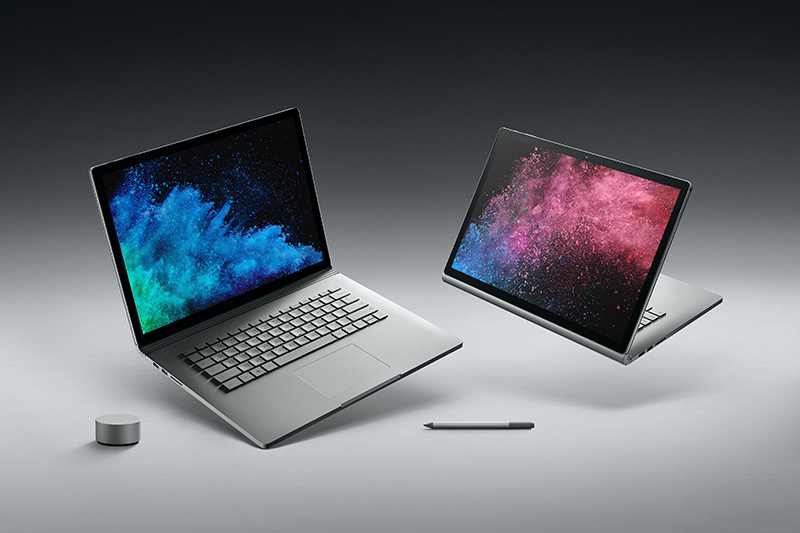 Those interested to check out the Surface Book 2 can now check out the devices at the Surface Store section in the Harvey Norman Millenia Walk Flagship Superstore (officially, it opens March 10). The in-store Surface Store will showcase Microsoft's entire Surface lineup, which also includes the Surface Laptop, Surface Studio, and Surface Pro. In addition, the store will offer a new Surface Concierge service where customers can get support for their Surface device, regardless of where or when it was purchased.

Updated on 7 February 2018: The Surface Book 2 is now available for pre-order here at Hachi.tech.

Here's are tables with a summary of the different SKUs and their prices:

Pre-order customers will also receive a free Microsoft Designer Bluetooth mouse and a chance to win an invite to an exclusive Microsoft fan event.

The pre-order ends on 28th February. In-store availability is set for 15th March.

Your wishes have been answered. In a blog post today, Microsoft announced that it would be rolling out the Surface Book 2 to all markets where Surface devices are already available, including Singapore.

The Surface Book 2 is Microsoft’s most powerful Surface machine, and it’s often considered alongside the MacBook Pro by content creators looking for a portable system. The laptop is powered by the latest 8th-generation Intel processors and up to an NVIDIA GeForce GTX 1060 discrete graphics card, a far cry from something like the Surface Laptop.

It’s also versatile, and the base can be detached to let you use the device as a tablet.

Both 13- and 15-inch models will be made available, and pre-orders are starting today for the latter in select markets.

But beginning in February and continuing through March and April, both screen sizes will roll out to other markets, including Singapore.

That's quite a large time frame, but we've been told that the Surface Book 2 will arrive here sometime in March so you shouldn't have long to wait.

The Surface Laptop is arriving on our shores on 24 January as well, so local customers will finally have access to the full range of Microsoft's Surface devices.

Join HWZ's Telegram channel here and catch all the latest tech news!
Our articles may contain affiliate links. If you buy through these links, we may earn a small commission.
Previous Story
Zero Mobile launches "unlimited everything" Zero X plan for S$75/month
Next Story
Intel rumored to be considering a bid for Broadcom