Microsoft Surface 2 Tablet to be Available from March 14 Onwards

Microsoft Surface 2 Tablet to be Available from March 14 Onwards 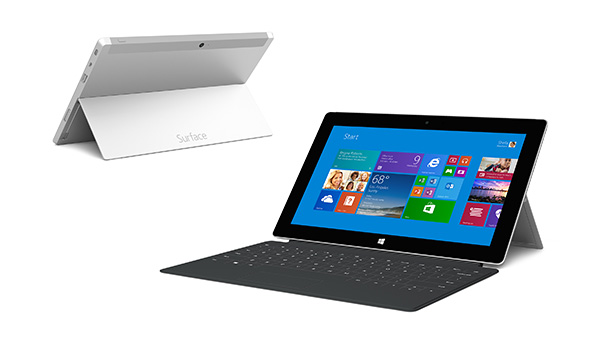 In September last year, Microsoft announced the successor to its first Surface tablet. Aptly dubbed the Surface 2, this new tablet is powered by a Tegra 4 SoC and features an improved 1080p display and USB 3.0 connectivity. That aside, it also gets improved cameras all-round for a better Skype experience and also a revised kickstand with two positions, allowing it to be used in a more ways.

It has been quite a wait but Microsoft has confirmed that Surface 2 will be available locally from March 14 onwards, with prices for the 32GB variant beginning at S$618 while the 64GB model will cost S$748. Every purchase of Surface 2 will also get you 200GB of SkyDrive storage for two years as well as one year of free-calling to landlines in more than 60 countries in Skype.

In addition, for users who prefer a physical keyboards, Microsoft has also updated the Touch and Type Covers. Unfortunately, the new Touch Cover 2 is delayed, with availability to be confirmed; but the Type Cover 2 will be available at launch for S$183.

Update: The Touch Cover 2 (in Charcoal color only) will be available in limited stocks on the Surface 2's 14th March launch date for S$168.