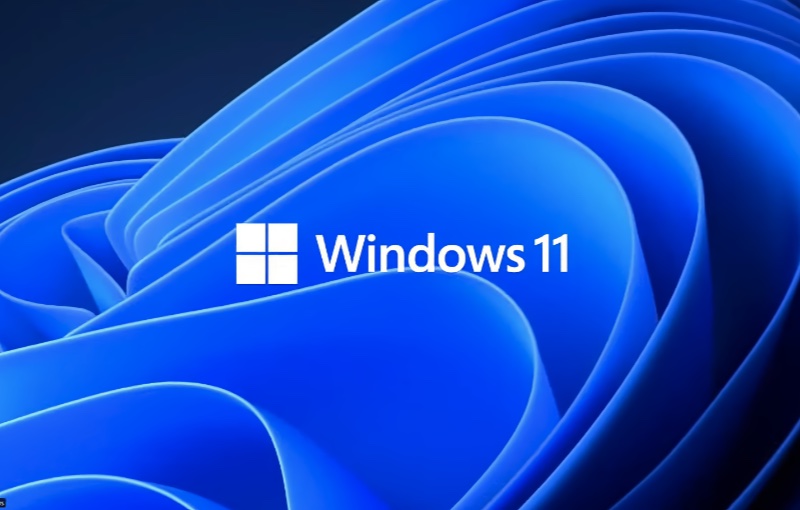 Panos Panay, Chief Product Officer at Microsoft lifted the veil on Windows 11 that he said was coming at a time when the PC is more important than ever before.

This is especially important now as the company has said that they will be stopping support for Windows 10 on 14 October 2025.

Panay added that Microsoft wanted Windows 11 to feel fresh, clean, and beautiful but still familiar. So now you can see rounded corners on apps to make it look fresher, and a streamlined taskbar. There are also new colours, themes, transitions, and a new dark mode.

But it’s under the hood where things are different. Here are some of the new features Microsoft showed off during their Windows 11 big reveal. 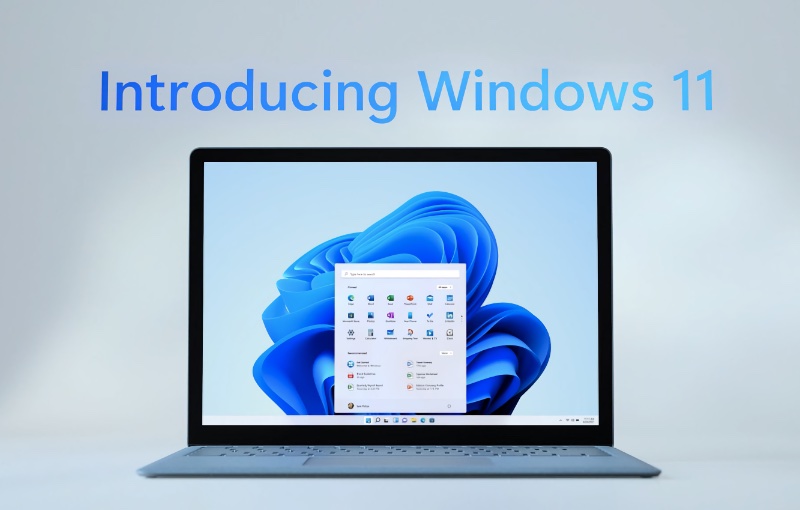 It certainly seems user-friendlier to use in tablet mode. Remove the keyboard and Windows 11 automatically creates more space between the icons in the taskbar, adds bigger touch targets, and makes resizing and moving windows easier, as well as adding the same gestures used on touchpads. The Pen is now enabled with haptic feedback and responses as you use it to write, edit, or draw.

A new Start button and taskbar 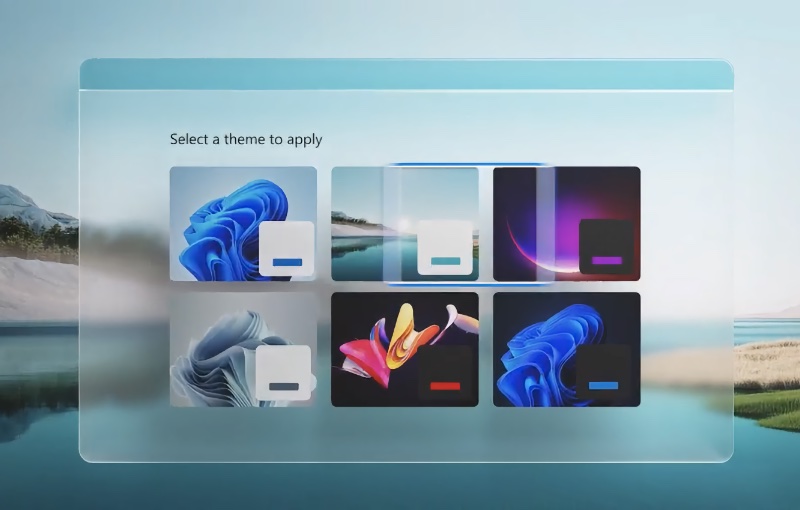 From the moment you log in, you are treated to a modern, fresher, and certainly cleaner look. The start button and new taskbar are in the centre of the screen making it easier to find what you need. Even if you were working on an Android or iOS device, Microsoft 365 can call up the last file worked on using the power of the Cloud. 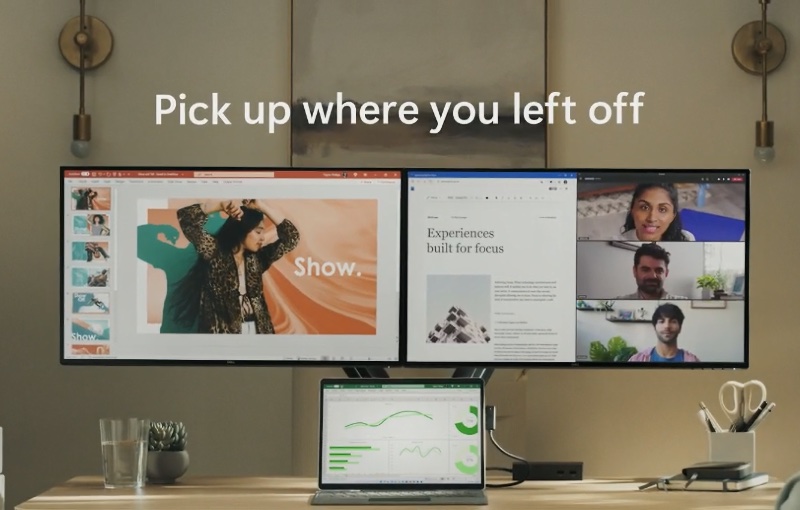 Opening multiple Windows is also now neater with Snap Layouts, Snap Groups and Desktops to provide an even more powerful way to multitask. Set up your desktop the way you want so you can work while still being able to watch your favourite streaming content and call your loved ones at the same time.

Staying in touch with Teams 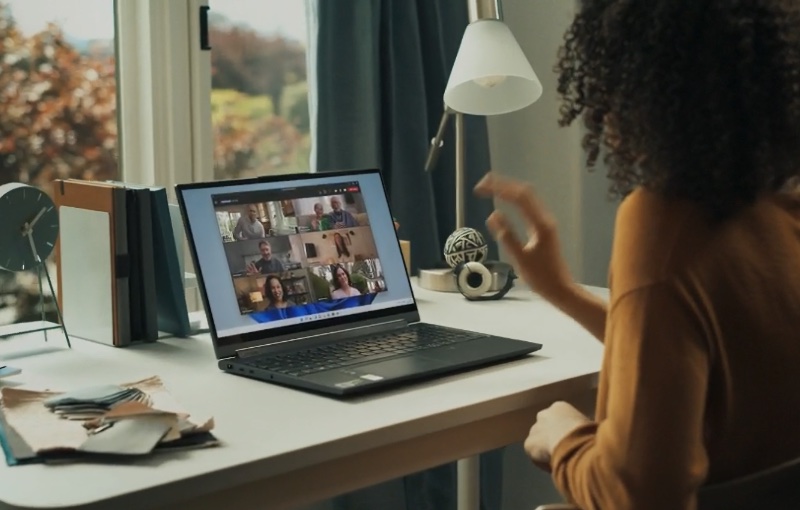 One thing we’ve all learnt recently is the importance of staying in touch with friends and family. Now with Windows 11, Microsoft is integrating Chat from Microsoft Teams into the taskbar. Now you can connect through text, chat, voice or video call, all of your contacts, across Windows, Android or iOS. If the person you’re connecting to on the other end hasn’t downloaded the Teams app, you can still connect with them via two-way SMS.

Information at a glance with Widgets 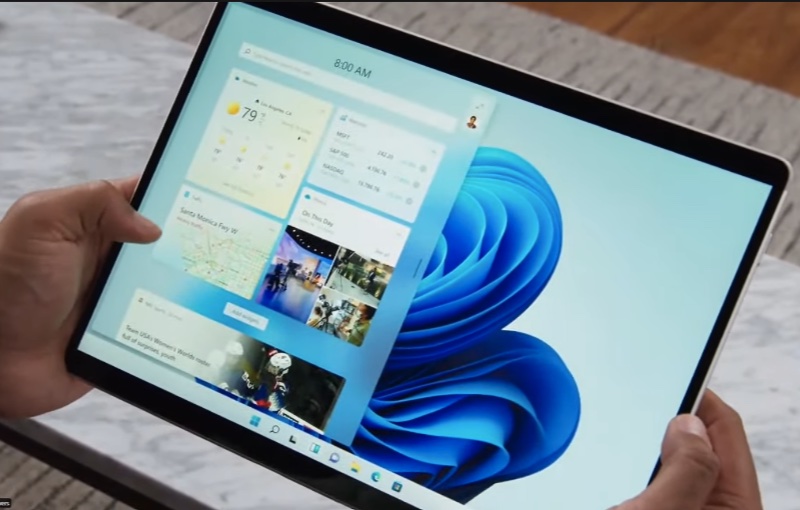 Get the information you need from Widgets powered by Microsoft Edge and AI. Get news, weather information, your appointments, more through a slide-out screen that can take up half or all of your display. 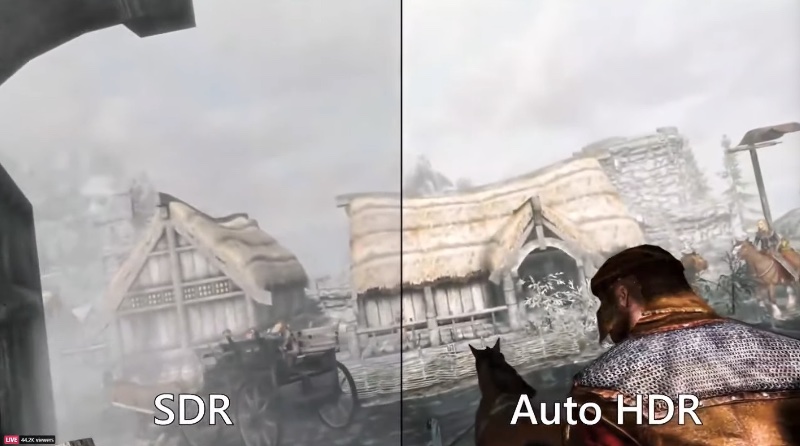 Gaming is set to improve with Microsoft building a series of improvements into Windows 11 to enhance the gaming experience. Better colours and contrast will be coming with AutoHDR. DirectStorage from Xbox is also coming to Windows 11so games load faster. Game Pass will be built into Windows 11 through the Xbox app so gamers will have hundreds of titles at their fingertips ready to play.

A new Store of users and developers 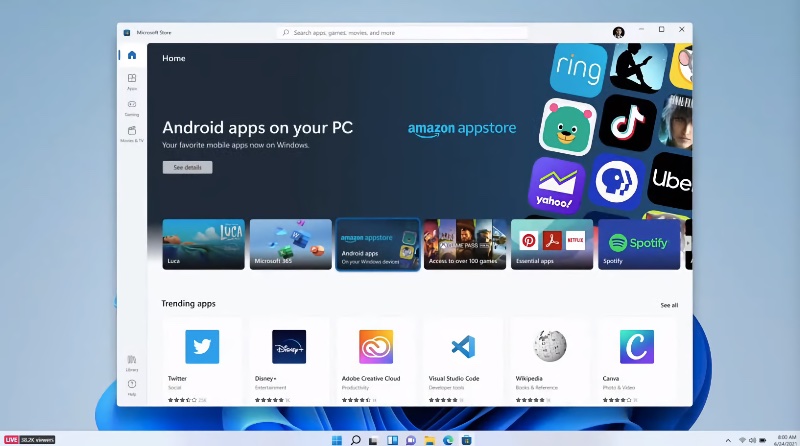 Panay said that they’ve redesigned the Store for speed to make it faster to find what you need. It certainly looks neater and less cluttered. What was amazing was when he said that Android apps would be coming to Windows 11 through Intel’s Bridge technology. Users can search for the apps they want and install them via the Amazon Appstore.

Microsoft is also working to attract more developers by announcing a progressive change to the revenue share policies where app developers can keep 100% of the revenue.

Windows Insiders, however, will be receiving access to various beta builds starting next week.

We will update this article when we receive more information.

Join HWZ's Telegram channel here and catch all the latest tech news!
Our articles may contain affiliate links. If you buy through these links, we may earn a small commission.
Previous Story
Windows 11 will run Android apps on AMD and Arm systems too, not just Intel ones
Next Story
LEGO's giant adidas sneaker build will be on display at several malls across Singapore