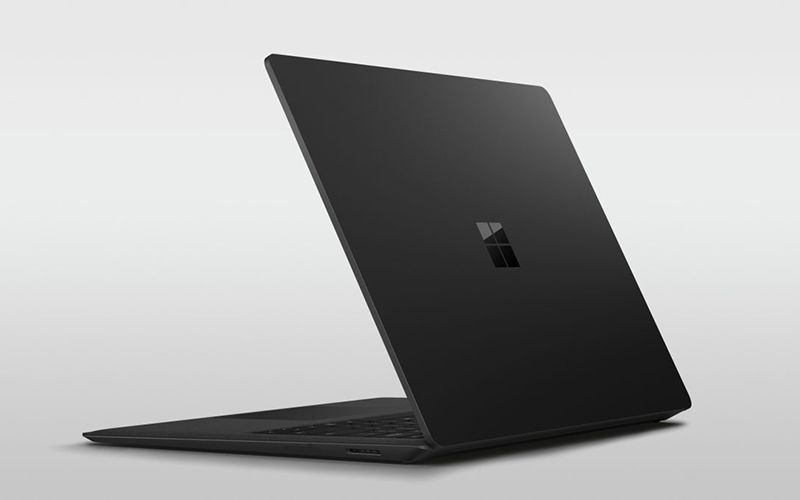 Microsoft has announced a new version of its Surface Laptop, the first refresh since its launch in May last year. That said, the changes are mostly under the hood. The Surface Laptop 2 now comes with Intel’s latest 8th-generation processors and a sexy matte black finish, but it’s largely the same laptop it was before.

For starters, it is equipped with a similar 13.5-inch 2,256 x 1,504-pixel PixelSense Display and 3:2 aspect ratio. But while Microsoft is sticking to the same display size and resolution as before, it has bumped up the brightness and the screen now features a 1,500:1 contrast ratio, which the company says is best in class.

However, Microsoft is unfortunately still sticking to the same selection of ports as before. The Surface Laptop 2 has just one USB 3.0 Type-A, one Mini DisplayPort output, and a 3.5mm headphone jack. There’s also the same Surface Connect port for charging. The glaring omission here is USB-C, which is flat out puzzling in 2018.

Furthermore, one USB 3.0 port hardly seems enough. Plug in a dongle for a wireless mouse, and you have nowhere to connect an external hard drive.

Nevertheless, Microsoft did make some small refinements. The keyboard is now supposedly quieter than before, which is good news if you want to take the laptop to meetings. The base RAM configuration has also been doubled to 8GB, which addresses one of the key weaknesses of the first model. On top of that, you can configure it with up to a 1TB SSD.

You’ll also be able to use the multi-touch display with the Surface Pen and Surface Dial, but these accessories are sold separately.

The lack of ports aside, the Surface Laptop 2 is still shaping up to be a very attractive laptop, especially if Microsoft’s claims of 14.5 hours of local video playback hold up.

It starts at US$999 and begins shipping on 16 October from Microsoft’s US store. In addition to black, you can also get it in platinum, burgundy, or cobalt blue.

Join HWZ's Telegram channel here and catch all the latest tech news!
Our articles may contain affiliate links. If you buy through these links, we may earn a small commission.
Previous Story
The Razer Sila is a tri-band AC3000 gaming router with mesh and DFS capabilities
Next Story
Meet the new Microsoft Surface Pro 6, featuring 8th generation Intel processors and available in black