Microsoft releases its Edge browser for iPad and Android tablets

Microsoft releases its Edge browser for iPad and Android tablets 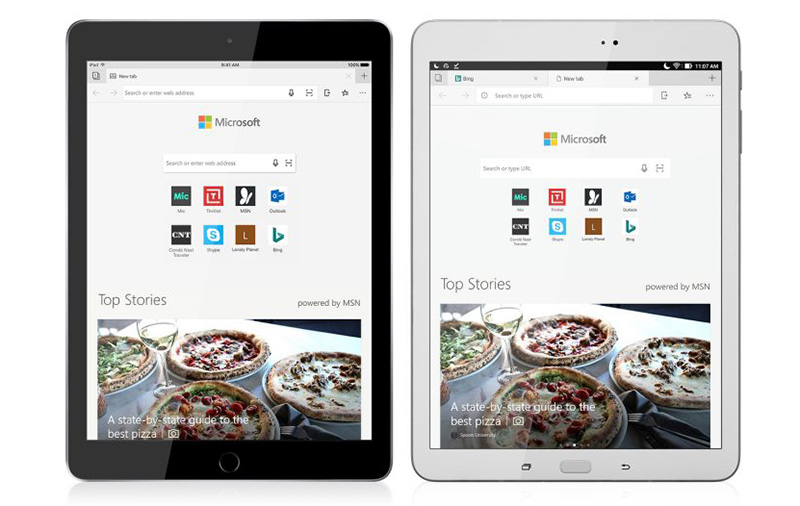 Just a few weeks after previewing its Edge browser for iPad and four months after releasing it for iPhone and Android phones, Microsoft has announced that iPad and Android tablet users can now download the browser from the respective app store.

Designed for iPad and Android tablet users who use the Edge browser on Windows 10, key features include roaming passwords, which means your passwords are synced across devices (phone, tablet, PC); Continue on PC (e.g., you can open the page you’re looking on your mobile device right on your PC); and Hub View, which presents your favorites, reading list, etc. in one place.

That said, this tablet version is mostly a scaled-up version of the Edge browser for phones. And unlike the one on Windows, the mobile version uses WebKit or Blink instead of Microsoft’s own EdgeHTML layout engine. On the iPad, the browser also doesn't support iOS 11’s split-screen features.

Join HWZ's Telegram channel here and catch all the latest tech news!
Our articles may contain affiliate links. If you buy through these links, we may earn a small commission.
Previous Story
Huawei's P20 Pro boasts the world's first Leica-designed triple camera setup
Next Story
Acer's new Chromebook Tab 10 is a tablet that runs Chrome OS instead of Android