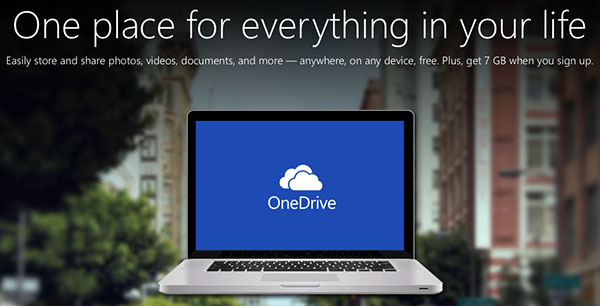 Here at HardwareZone, we always hold the view that there’s no such thing as too much storage. A particular pleasing piece of news that greeted us today is that Microsoft has announced that it’s more than doubling its OneDrive (previously known as SkyDrive) cloud storage for both regular Microsoft account holders and Office 365 subscribers.

But up to how much exactly? To summarize:


According to Microsoft, current subscribers will automatically be moved to the new prices. We’ve yet to get the local prices, but as a reference, currently it costs S$10.99/month for an additional 100GB and S$15.99/month for an additional 200GB. (Update: We've just gotten word from Microsoft Singapore that the new prices will be S$3.00/month for 100GB and S$6.00/month for 200GB. The 50GB option will be discontinued.) There’s no word on what’s going to happen to the current 50GB subscription option.

So Microsoft, when are you going to remove the 2GB maximum file size limit?

Join HWZ's Telegram channel here and catch all the latest tech news!
Our articles may contain affiliate links. If you buy through these links, we may earn a small commission.
Previous Story
The New Paper Introduces All-in-One Price Package for Print, Online & Smartphones
Next Story
Microsoft is Offering Up to US$650 Store Credit When You Trade In Your MacBook Air for a Surface Pro 3