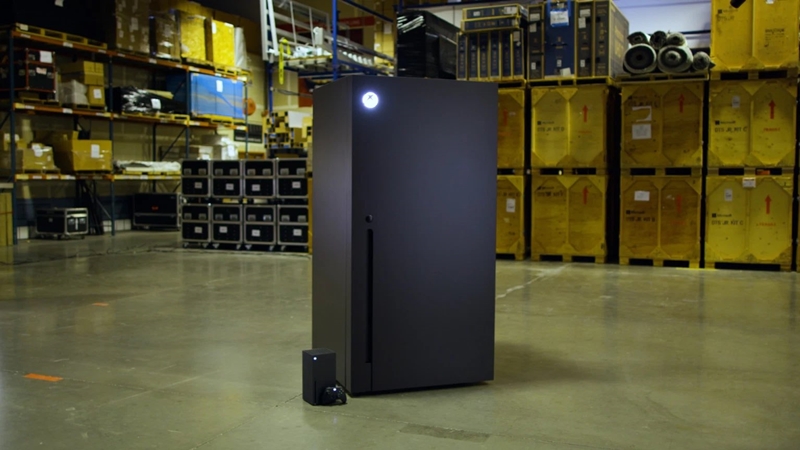 We should probably start from the beginning. Earlier this month, there was a poll on the official Twitter Marketing account asking users who they thought was the number one #BestOfTweets company between Xbox and Skittles. At first glance, it seemed like nothing more than your everyday Internet poll, until Xbox marketing chief Aaron Greenberg stepped in to spice things up.

Instead of doing something predictably dull or corporate, Greenberg appealed to the funnier side of the equation, telling users that if they helped Xbox win the poll, the company would actually put Xbox Series X mini-fridges into production. And to cut a long story short, it seems Xbox will now have to put their money where their consoles are, because they beat Skittles by a mere 1% at the very end - 50.5% to 49.5%.

So, in a nutshell, yes - the Xbox Series X just got cooler. Or should I say, a cooler. Anyway, there's still no news from Greenberg or Microsoft on when we can expect the mini-fridge to hit store shelves nor its price, but for now, it's more interesting to think about what it will end up looking like or what it will be called. The folks over at Skittles will probably be the first to find out, though, because Greenberg added in his announcement that the first mini-fridge will be sent right to their doorstep, with a bunch of Xbox games tucked inside as well. Good show!

Join HWZ's Telegram channel here and catch all the latest tech news!
Our articles may contain affiliate links. If you buy through these links, we may earn a small commission.
Previous Story
Nomad unveils stainless steel mount for your MagSafe charger
Next Story
These cool new Adidas Ultraboost shoes can be customised with LEGO pieces