Microsoft Office is now available on the Mac App Store

Microsoft Office is now available on the Mac App Store 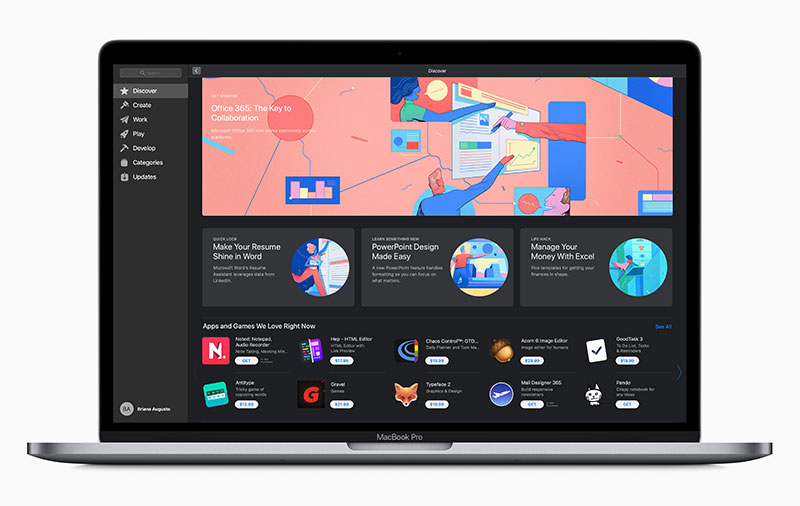 At WWDC last year, Apple said that Microsoft Office will be coming to the Mac App Store. That didn't happen in Sep 2018 when macOS Mojave and the redesigned Mac App Store were released, but it has now as the office productivity apps have just gone live on the Mac App Store.

To be clear, these are essentially the same apps that current Office 365 users have been downloading from Microsoft to use on their Mac - the Mac App Store is just another avenue to get them. Like all other Mac App Store apps, Office apps downloaded from the App Store can use the store’s auto-update mechanism.

For those considering an Office 365 subscription, the most affordable plan Microsoft has at the moment is Office 365 Personal, which costs S$108/year. But this is only for one user. If you want a family plan, there’s Office 365 Home, which costs S$148/year and covers up to six users. Both plans come with 1TB of OneDrive cloud storage (per user) and 60 Skype minutes per month (per user, too).

Join HWZ's Telegram channel here and catch all the latest tech news!
Our articles may contain affiliate links. If you buy through these links, we may earn a small commission.
Previous Story
iPhone XR was the most popular model in US over the past quarter
Next Story
ASUS updates the Zephyrus S with a larger display and new NVIDIA RTX GPUs (Updated)