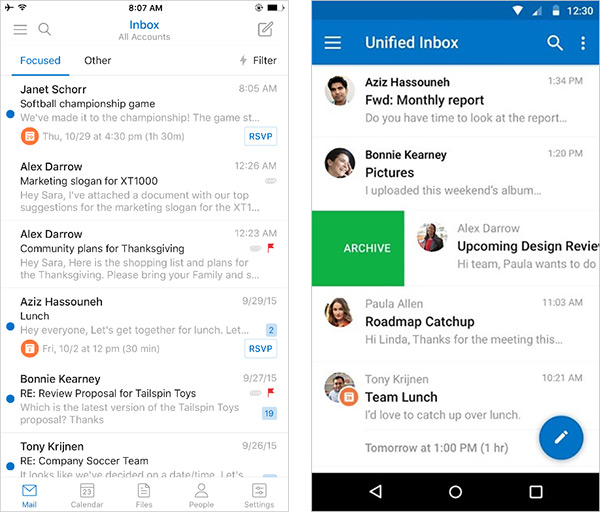 Late last year, Microsoft bought Acompli, a mobile email app developer that has clients on both Android and iOS. Shortly after, the app was rebranded and arrived on iOS and Android as Outlook. Since then, Outlook has been considered by many to be the best email mobile app, thanks to marquee features like the Focused inbox and support for cloud storage services.

Another key feature of Outlook is in-app calendar integration, though somehow, even after several tweaks since launch, it still doesn’t sit right with me. For my calendar needs, I usually turn to Sunrise, an app so good that Microsoft decided to snap it up in February.

In a blog post today that details the new look for Outlook for iOS (out now) and Android (coming early November), Microsoft has also taken the opportunity to announce that it intends to “bring the best of Sunrise to Outlook”. Depending on your allegiance, this can either be good or bad news.

For Outlook users, this means the calendar portion in the app will receive major new features in the coming months, such as Interesting Calendars and connections to your favorite apps and services. You will also see improvements to Outlook’s ability to create meetings while on the go and handle meetings across time zones.

For Sunrise fans who don’t use Outlook because they prefer another email client, this is bad news as this means Microsoft will kill the calendar app once the integration is completed. Microsoft didn’t specify a timing, but I think it’s safe to assume that Sunrise would at most survive another year before it’s removed from the respective app stores. Also, beyond bug fixes, I don’t see the Sunrise team (which is now part of the Outlook team) adding new features to Sunrise.

While this news mostly affects Android and iOS users using these apps, Windows 10 Mobile users also have a reason to be happy about, because it means they can expect similar features to appear on the version of Outlook that will come pre-installed on Windows 10 Mobile.

Join HWZ's Telegram channel here and catch all the latest tech news!
Our articles may contain affiliate links. If you buy through these links, we may earn a small commission.
Previous Story
Experience an immersive soundscape with Sony’s new CAS-1 system
Next Story
Apple iPhone 6s is the top selling smartphone in China last month