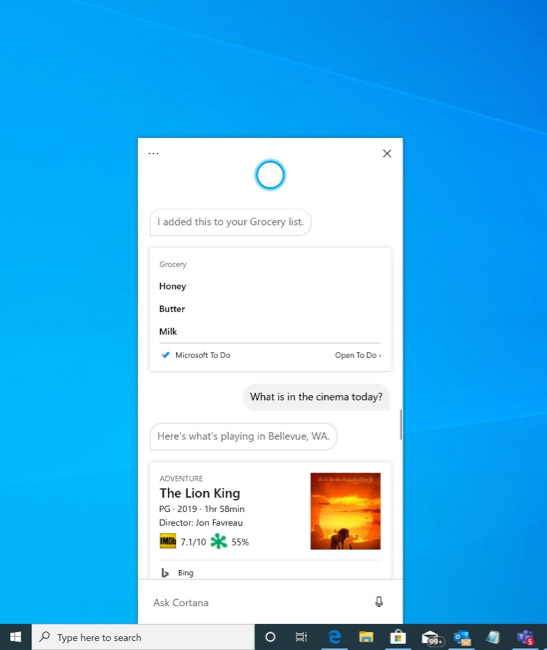 Microsoft has just released a new Windows 10 build for testers (Build 18945 (20H1)); and with it, we get our first look at the Redmond company’s latest direction for its Cortana virtual assistant.

For a start, the new Cortana app is getting a new chat-based UI, one that supports both text and spoken natural language queries.

Despite the split from the built-in Windows 10 search UI, the new app will continue to support most of the Cortana features that people are already used to, including Bing answers, Assistant conversations, opening apps, managing lists, and setting reminders, alarms, and timers. Existing features that didn’t make it into this beta will be added over time.

There are new features, too, of course. Microsoft says the new Cortana is “less intrusive” when you ask it questions and is now faster and more reliable thanks to new speech and language models. And in keeping up with the trend, the new app also supports light and dark themes.

The new Cortana experience aside, Microsoft has also improved the Windows Subsystem for Linux is this new preview build. For instance, you can now connect to WSL 2 Linux networking applications using localhost. There are also global configuration options, including one that lets you specify a custom Linux kernel.

Previous Story
16-year-old Bugha wins the US$3M Fortnite World Cup!
Next Story
Huawei is making its own components and switching to Asian suppliers to counter the U.S. ban