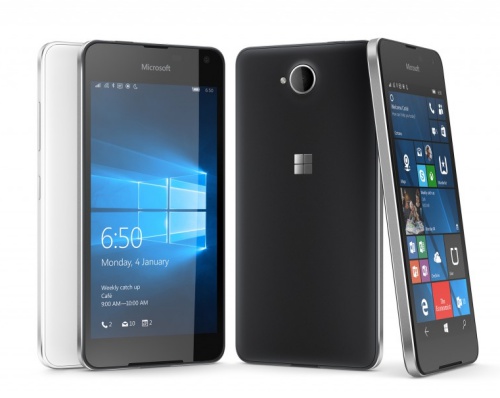 While most people will consider a smartphone under US$200 as budget or entry-level, Microsoft wants you to think that it is bringing "first class to business class" with the Lumia 650.

The phone sports a 5.0-inch 720p AMOLED display with Corning Gorilla Glass 3, a Qualcomm Snapdragon 212 quad-core 1.3GHz processor, 1GB RAM, 16GB internal storage with microSD support up to 200GB, a removable 2,000mAh battery, an 8-megapixel rear autofocus camera with f/2.2 aperture and LED flash, and a front-facing 5-megapixel wide-angle camera. Despite being touted as a business phone, it doesn't support Continuum, a tentpole Windows 10 Mobile feature where you can hook up the phone to a monitor, keyboard, and mouse to use it like a desktop.

The Lumia 650 also comes with an aluminum frame with exchangeable back cover, and measures 6.9mm thin and weighs just 122g. Other specs include support for LTE Cat 4, Bluetooth 4.1, A-GPS, A-GLONASS and Office apps. Available from 18th February in select European markets, the Lumia 650 comes with a price tag of US$199 (~S$278) excluding local taxes and subsidies.