Note: This article was first published on 3 October 2019. 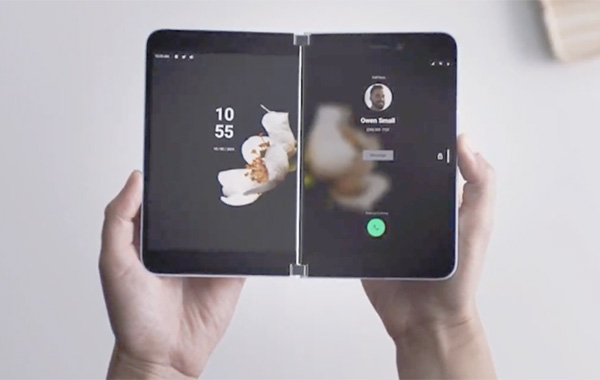 It’s safe to say that almost no one was expecting this. Microsoft is making a phone again.

After announcing a bevy of new Surface devices including the new Surface Pro 7, Surface Earbuds, and Surface Pro X, Microsoft dropped the bomb on all of us by showing off a new phone.

It’s called the Surface Duo. Like the Surface Neo, it has two displays each are 5.6 inches large and are held together by an elaborate and complex 360-degree hinge. Together, they form a large 8.3-inch display. You can also fold them onto themselves and use it as a 5.6-inch phone.

Surface chief Panos Panay said the Surface Duo brings together the absolute best of Microsoft and Google. He also said that the Surface Duo is all about enhancing productivity and the two screens have been optimised to run two apps simultaneously. 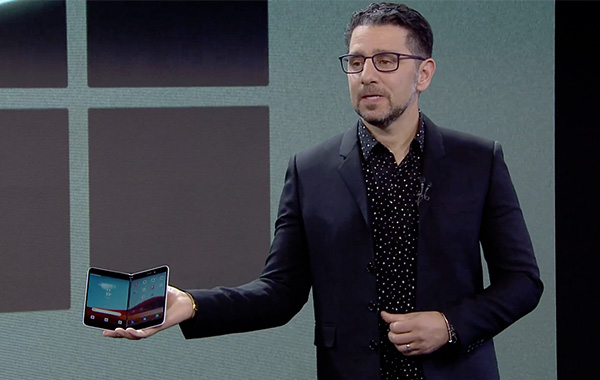 Few details have been revealed about the device but we know it’s running on some form of Android that looks to be heavily skinned to look like Windows. No word yet also about the hardware that's powering it or the cameras that it'll have.

Like the Surface Neo, the Surface Duo won’t be ready until late next year Holiday 2020. However, Microsoft is keen to show it off to its fans, partners, and especially developers so that they have time to build apps for it.

The Surface Duo is certainly an interesting device from many aspects. It's interesting that Microsoft chose to pursue more conventional technology in realising the design of the Surface Duo as opposed to using foldable displays like Samsung's Galaxy Fold or Huawei's Mate X. Secondly, it marks Microsoft's return to the smartphone space for the first time since its Windows Phone platform was declared dead in 2017.

Read next: Microsoft announces 5 new Surface devices and a phone!

Join HWZ's Telegram channel here and catch all the latest tech news!
Our articles may contain affiliate links. If you buy through these links, we may earn a small commission.
Previous Story
Samsung missed another launch window for its Galaxy Home smart speaker
Next Story
Bose discontinues Sleepbuds due to battery issues, offers full refund to users