Microsoft is officially entering the wearables market with the newly released Microsoft Band, a 10-sensor fitness tracker that is compatible with Windows Phone, as well as iOS and Android (although voice-issued commands will only work with Microsoft's Cortana digital assistant, which requires the Band to be paired with a Windows Phone device).

The Microsoft Band has a similar form factor to Samsung's Gear Fit device, with a rectangular 1.4-inch touchscreen 320 x 106 pixel resolution display, mounted on an adjustable 18.5mm thick band made of "thermal plastic elastomer." The Microsoft Band is powered by two 100mAh lithium-ion batteries that Microsoft says will give it up to two days of charge.

The band is part of Microsoft's new Health initiative, which aims to to track and analyze the world's health data. Along with monitoring your health via the built-in heart rate monitor, the Microsoft Band will also be able to display email messages, calendar reminders, phone calls, notifications and weather information, among others.

Here's a full list of the Microsoft Band's functionality: 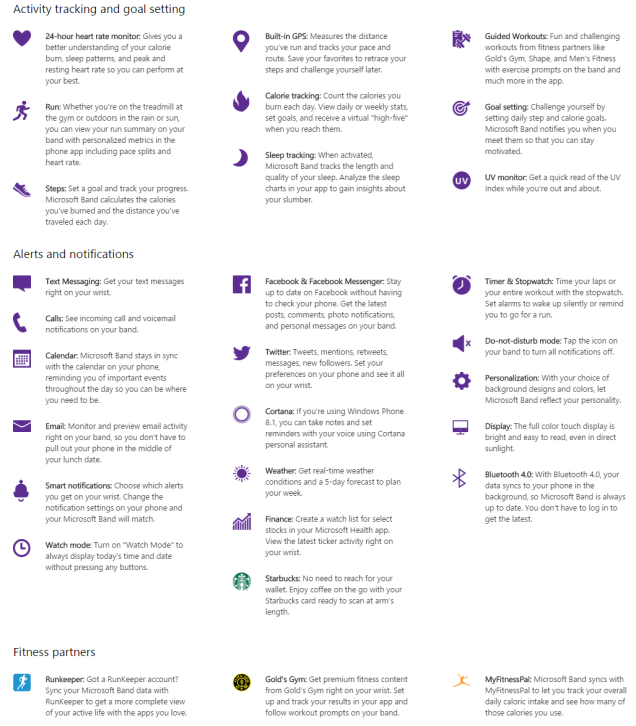 The band goes on sale in the US today for US$199, and is available in three wrist sizes. Unfortunately, availability outside of the US is unknown at this time.