Microsoft has revealed next-gen console accessories, including a blue controller 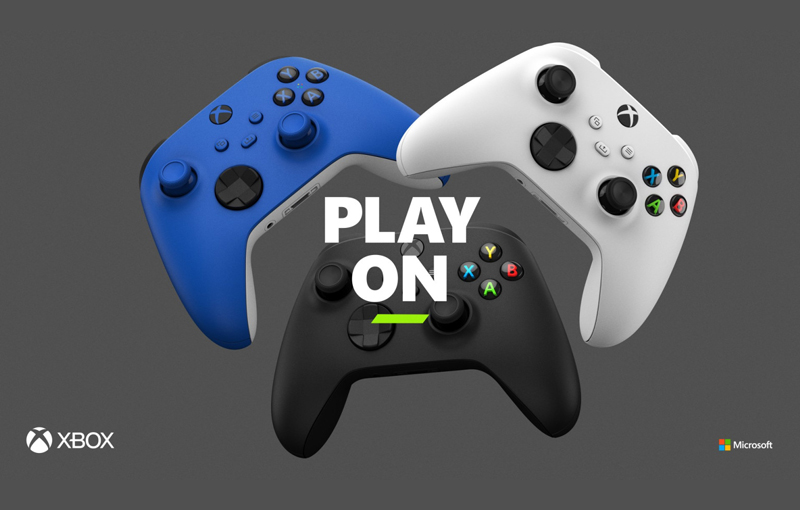 This is a big day for Microsoft.

The company just revealed its lineup of accessories for the Xbox Series X and Xbox Series S. First off, the new Xbox Wireless Controller will come in three colours: Carbon Black, Robot White and Shock Blue. While the former two are probably meant to match each console in colour, the third is a more interesting variant - coloured blue on the front, and white in the back.

These controllers will cost US$59.99 (around S$81), which is the same price as current Xbox One controllers. What’s the difference then, you ask? The new Xbox Wireless Controllers come with a hybrid D-pad and textured grips. It also has a dedicated Share button, which is very similar to what PlayStation 4’s DualShock 4 controller offers. These controllers can be used on the Xbox Series X/S, Xbox One, PC and selected mobile devices.

Microsoft is also offering a controller bundle for PC gamers, which includes a Carbon Black Xbox Wireless Controller and the choice between a Wireless Adapter for Windows 10 or USB-C Cable. The Xbox Wireless Controller has Bluetooth support as well, so you might not even need these cables for your PC. The Xbox Rechargeable Battery and USB-C Cable bundle can also be used in lieu of actual batteries, allowing you to fully charge your controller in under 4 hours. This bundle will cost you US$24.99 (around S$34).

And now, for some bad news: The Xbox Design Lab - a website that lets players build and customise their own Xbox controllers - will temporarily go offline from October 14, 2020 onwards. Until then, players can still order controllers of their liking. Microsoft is taking the website offline to update it for the arrival of next-generation consoles, and plans to relaunch it in 2021.

All of these accessories will launch with the Xbox Series X and S on November 10, 2020. You can pre-order the accessories and next-gen consoles starting today.