Microsoft has released the full Xbox Series X specs, along with several demos 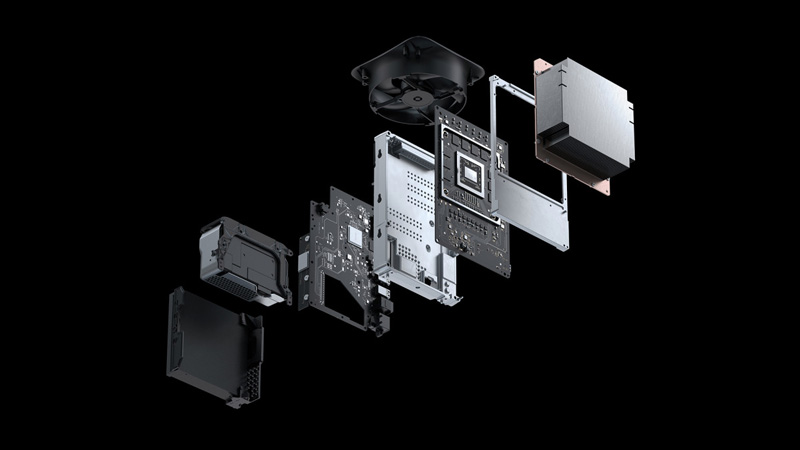 They delivered on their promise!

Last night, Microsoft revealed the full specs for their next-generation gaming console, the Xbox Series X. In a letter penned by Xbox Wire’s Editor in Chief Will Tuttle, the company detailed the design factors behind the Xbox Series X - power, speed and compatibility.

First, let’s talk about power. The Xbox Series X is currently aiming to run games at 4K resolution, with 60 frames per second at minimum, supporting up to 120 fps for competitive games. Multiplayer gamers tend to prefer high framerates for competitive play, so this is good news all around. It’s really in developers’ hands to optimise their games for 120 fps play, however.

To support this high demand for power, the Xbox team partnered with chipmaker AMD to create a custom designed processor, powered by an 8 core AMD Zen 2 CPU and an RDNA 2-class GPU. Check out the full specs:

The Xbox Series X will also support hardware accelerated DirectX RayTracing, which essentially improves lighting in videogames by making things look much more realistic and true to life. It can also be used to make audio sound realistic in a similar way, by making sound bounce off objects in the environment and reach the player differently. You can check out some Xbox Series X gameplay with raytracing below:

Microsoft then delved deeper into information they had already released, such as the speed that comes with their new solid-state drive (SSD). Their new Xbox Velocity Architecture will allow 100GB of game assets to be instantly accessible to game developers, which lets them create videogame environments with much, much more graphical fidelity. You will likely see much less of those old developer tricks for loading in assets during gameplay - like long elevator rides and crawling through narrow corridors before entering the next area.

Developers do that because the console can’t stream in-game assets fast enough, which is why loading screens exist as well. You won’t have much of those anymore, if any. Xbox actually released a video comparing the load times for State of Decay 2 on Xbox One X and Xbox Series X. The former took almost a full minute to load up the game, while the Xbox Series X took just 8 seconds to load up.

Xbox also highlighted their new Quick Resume technology, which allows players to play multiple games at a time. You don’t have to close one game to open another anymore, while having to endure long loading screens in the process. Quick Resume allows you to jump into multiple games right where you left off, without seeing so much as a main menu. Game states are stored in the SSD, allowing you to to continue playing games even if you update the system, shut down the console or unplug it entirely. Watch the Quick Resume demo:

Rounding things off is backwards compatibility. The Xbox Series X allows players to play Xbox One games on the console, while also improving these older games with improved load times, higher resolutions and image quality and more stable framerates. Controllers, saves and other Xbox One accessories will also move forward with players to the Xbox Series X.

At this point, there’s very little that we don’t actually know about the Xbox Series X besides its price and specific release date. Rumours are circulating that it’ll cost anything from US$400 (S$567) to US$500 (S$709), which would still make it an absolute steal considering the specs we’ve seen here.

That’s pretty much the bulk of what Microsoft shared on the Xbox Series X, but there’s much more to delve into than we can here - so look forward to a couple more articles on the next-gen console soon! Don’t forget - Microsoft is also hosting a stream this week to reveal even more details on their console.