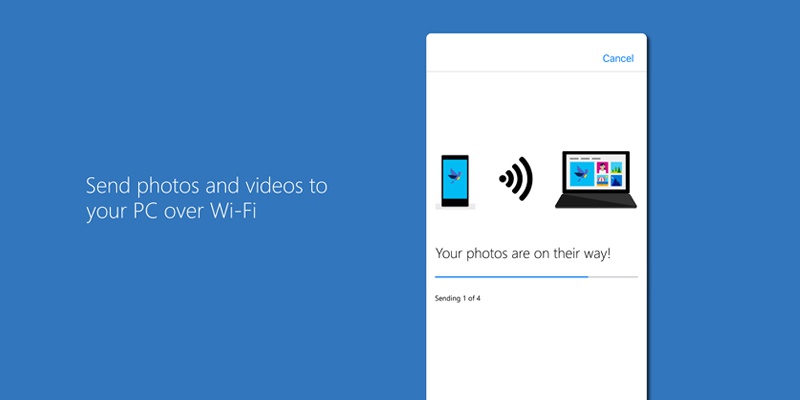 Microsoft has released an experimental app for iOS and Android users to transfer photos and videos from their phones to a Windows 10 PC.

The Photos Companion app works with Microsoft Photos on the Windows 10 PC to directly transfer photos and videos from your iOS or Android phone to the PC over the same Wi-Fi network.

To pair your phone with the Windows 10 PC, scan the QR code in the Windows Photo app. The pairing is not permanent; you have to pair both devices every time you want to transfer content over. You also can start a video project in the Photos app on the PC, and add photos/videos from your phone directly into the project.

You can download Microsoft's Photos Companion app on the App Store and Google Play.

Join HWZ's Telegram channel here and catch all the latest tech news!
Our articles may contain affiliate links. If you buy through these links, we may earn a small commission.
Previous Story
Nokia could sell or close its Digital Health business
Next Story
Watch a drone drop a float to two kids stranded at sea