Microsoft has acquired Bethesda Softworks and its games for US$7.5 billion

Microsoft has acquired Bethesda Softworks and its games for US$7.5 billion 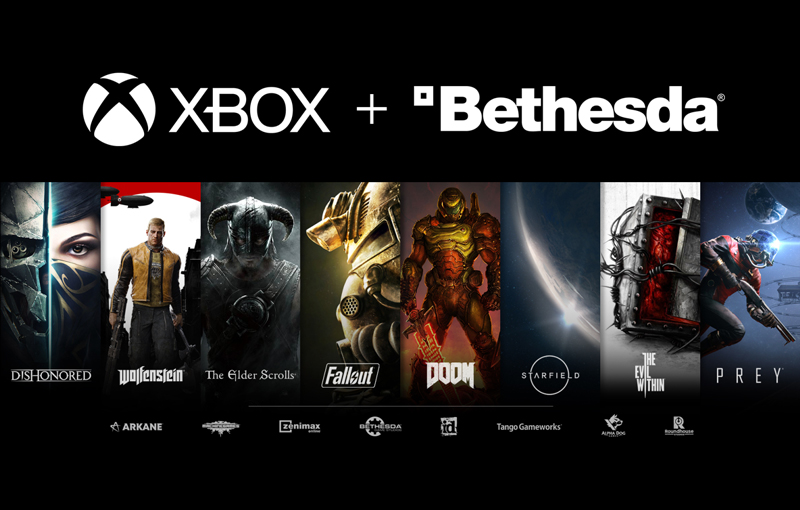 This is the biggest acquisition to hit the games industry in quite some time.

According to a Bloomberg report, the acquisition cost Microsoft a whopping US$7.5 billion, making it the company’s biggest videogame purchase ever. The company had previously acquired Minecraft developer Mojang Studios for US$2.5 billion in 2014, a number that now seems paltry in comparison.

A statement from Phil Spencer pointed out how close Xbox and Bethesda have been in the past:

Bethesda’s games have always had a special place on Xbox and in the hearts of millions of gamers around the world. Our teams have a close and storied history working together, from the amazing first DOOM, and its id Tech engine, innovating games on PCs to Bethesda bringing their first console game to the original Xbox, the groundbreaking The Elder Scrolls III: Morrowind. Over the years I’ve had many deep conversations with the creative leaders at Bethesda on the future of gaming and we’ve long shared similar visions for the opportunities for creators and their games to reach more players in more ways.

Senior vice president of PR and marketing Pete Hines stressed that Bethesda wouldn’t change much because of this, saying:

But the key point is we’re still Bethesda. We’re still working on the same games we were yesterday, made by the same studios we’ve worked with for years, and those games will be published by us. So why the change? Because it allows us to make even better games going forward. Microsoft is an incredible partner and offers access to resources that will make us a better publisher and developer. We believe that means better games for you to play.

But…what does this mean? In the short-term? Subscribers are about to get a whole lot more value out of Xbox Game Pass, and in the nick of time, too. The Xbox Series X and S are right around the corner, and those worried that Microsoft can’t match Sony in terms of exclusives can certainly rest easy now. The fact that all this news came out several hours before pre-orders opened for Microsoft’s next-gen consoles is no coincidence. The future's looking bright for Xbox.

There is a question of just how exclusive Bethesda’s games are going to be to Xbox, moving forward. Arkane Studios’ Deathloop and Tango Gameworks’ Ghostwire Tokyo were previously announced as timed PlayStation 5 exclusives, and Spencer has confirmed that they will stay that way despite the acquisition. Future games from Bethesda, such as sci-fi epic Starfield, will launch on Xbox and PC. On PlayStation 5 availability, Spencer says, “We’ll take other consoles on a case-by-case basis.”

My take? Phil Spencer also announced that Game Pass now has 15 million subscribers, ballooning from April’s 10 million. This Bethesda acquisition is likely just another way for the company to bring even more value to Game Pass, after already adding EA Play to it recently. The fact that the company now has 8 more studios making games for them is a bonus, eliminating the ‘PlayStation has better games than Xbox’ discourse in the long-term.

I’d point out that The Elder Scrolls V: Skyrim has sold over 30 million copies as of 2016 on PlayStation, Xbox and Nintendo consoles. The Elder Scrolls VI is on the horizon, and with those sales numbers? I highly doubt it’s going to be a full Xbox exclusive. It’s more likely that Bethesda’s smaller (but still successful) franchises like Doom and Wolfenstein become Xbox and PC-exclusive, while bigger ones like Fallout, The Elder Scrolls and Starfield get the ‘timed exclusive’ treatment.