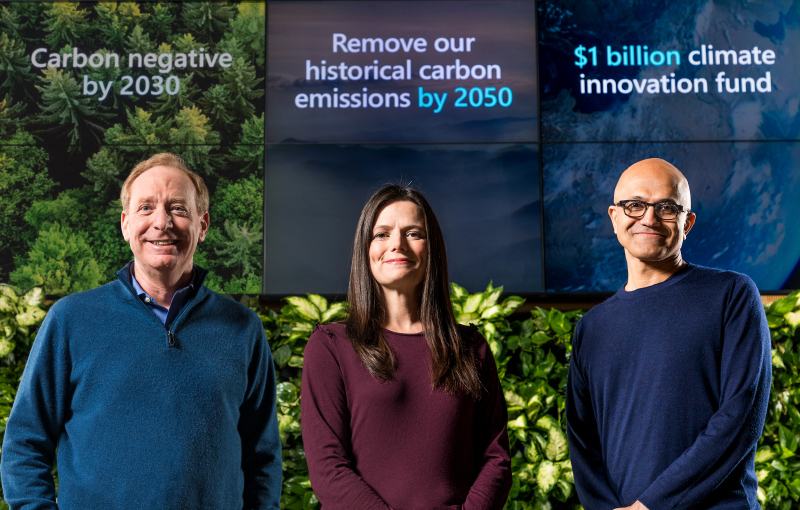 After a year of devastating floods and unprecedented bush fires, it is clear that climate change is an issue that we all need to tackle.

In light of that, Microsoft has announced a big and bold plan to go green and to help ease climate change.

In a statement, Microsoft said that it plans to be carbon negative by the end of the decade. This means it will help remove more carbon dioxide than it emits.

But perhaps more impressively, it also wants to remove all of its historical carbon emissions by 2050.

To do this, the company will plan to source all of its electricity use from renewable sources, electrify its global campus vehicle fleet, and invest heavily in new technologies.

It plans to spend US$1 billion over the next four years to fund research and innovation in reducing, capturing, and removing carbon dioxide.

It all sounds very good but Microsoft admits that it won't be easy. In the statement, it called this initiative a "moonshot".

But it also said that this is the right thing to do and that this is "where the world needs to go", which, given the number of environmental disasters that we have had in the past year, I'm inclined to agree.

Join HWZ's Telegram channel here and catch all the latest tech news!
Our articles may contain affiliate links. If you buy through these links, we may earn a small commission.
Previous Story
The Samsung SSD T7 Touch is a portable external SSD with a fingerprint scanner
Next Story
Nomad releases Base Station Stand for the iPhone and AirPods