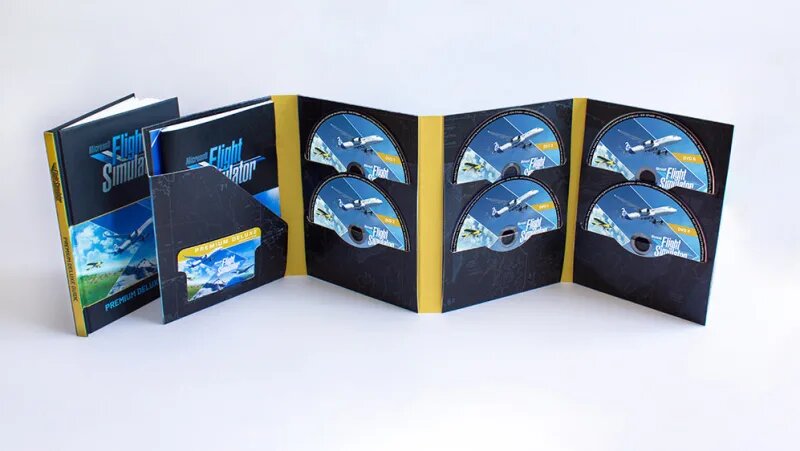 Thinking of getting Microsoft Flight Simulator when it launches next month? Well, the physical edition of the game comes with a whopping 10 discs, so good luck with those installation times. The game is absolutely massive in size, so maybe this shouldn’t come as such a surprise.

Game publisher Aerosoft has struck a deal with Microsoft to ship the flight sim's physical version, and it comes in 10 double-layer DVDs. In a forum post, Aerosoft’s Mathijs Kok explained that the game contains ‘four major parts’, which are:

Setting aside all the updates Microsoft and developer Asobo might do between the moment the DVDs are created and the game’s release date, these 10 discs will contain, “all of part 2’. That’s around 90 GB of content. Mathijs Kok stressed that the physical edition is the exact same as the digital version. It just gets you, “a nice box, printed manual and about 90 GB you do not have to download.”

That should be good news for everyone with a slow internet connection, eh? Still, 10 discs! I hope you’ve got somewhere to store this thing. Microsoft Flight Simulator will launch on PC on August 18, 2020.