Are you tired of colleagues who can't seem to grasp the concept of responsible emailing despite the service being in existence for more than 50 years? Microsoft probably is, which is why they've rolled out Reply All Storm Protection on Microsoft Exchange and Office 365 to prevent people from abusing the Reply All button and inadvertently bringing down the servers.

The Microsoft Exchange development team announced last Thursday (7 May 2020) that they were busy rolling out Reply All Storm Protection in Office 365 worldwide, as a follow up to announcing the feature at Microsoft Ignite 2019. This feature primarily benefits larger organisations with large email distribution lists. Reply All Storm Protection kicks in when an email thread gets 10 Reply Alls command to over 5,000 recipients with 60 minutes, and the email programme will automatically block all subsequent replies for the next four hours. 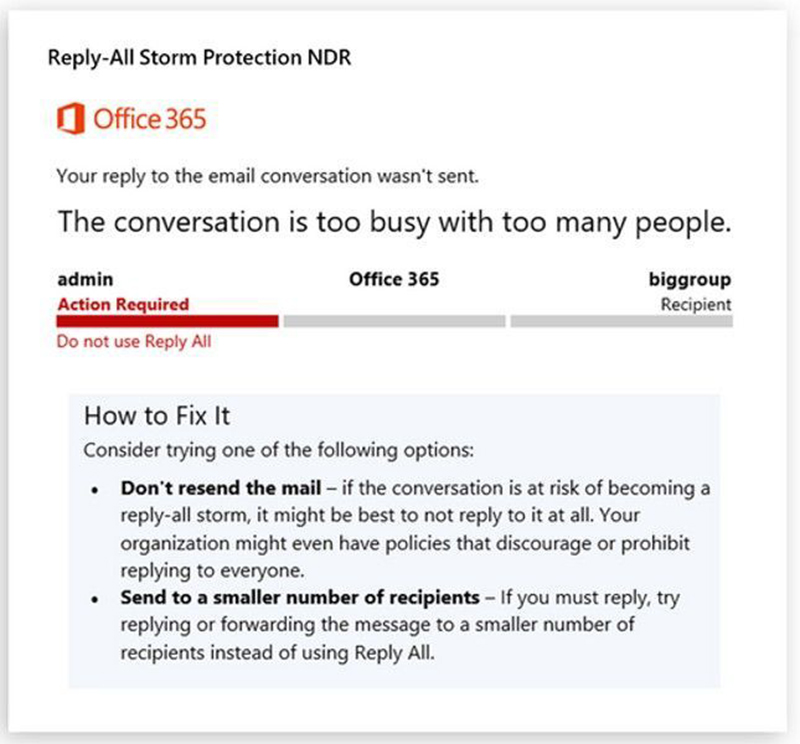 Replying All in large email chains have historically caused major IT issues to organisations given the sheer load of email traffic occurring in a short amount of time. With too many emails to process at once, email servers dealing with several Reply All requests can be rendered inoperable in the same way a denial-of-service attack does. Also known as a replyallpocalypse or an email storm, organisations such as Thomson Reuters, The New York Times, and even Microsoft itself has previously dealt with the onslaught of emails from people who not respect the power of Reply All.

The Microsoft Exchange Transport team is also open to any feedback to make Reply All Storm Protection better for its users, in order to make the service more practical for organisations. The team also reported that it's working as intended within Microsoft itself - which goes to show how prevalent it is:

We're already seeing the first version of the feature successfully reduce the impact of reply all storms within Microsoft (humans still behave like humans no matter which company they work for ;) and believe it will also benefit many other organisations as well. - Microsoft Exchange Transport Team

Source: Microsoft, via The Verge